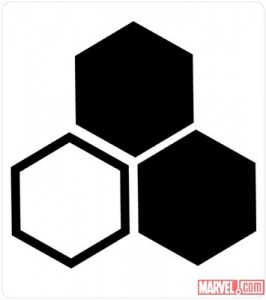 If you haven’t been following along, FF is the Future Foundation, the evolution of the Fantastic Four without The Human Torch Johnny Storm.  Spider-Man has been added to the FF roster.  And the team is still based out of the Baxter Building.  This should be an easy jumping in point for any new Fantastic Four reader (like myself) and a new direction for any long time F4 readers.  But after reading FF #6, all I can think is What the FF is going on?

I had an idea of what was happening, but not anymore.

When the series started, Spider-Man was recruited to the new Future Foundation.  Reed Richards has assembled some of the greatest scientific minds, to become a think tank to find remedies to the world’s problems.  Valerie Richards asks Dr. Doom to join the Future Foundation.  In return for Doom joining FF, the Richards family had to restore Doom’s intelligence and magic abilities.  Doom then pledged to help defeat Reed Richards (this was an interesting twist).

Other villains were then asked to attend a symposium, “How to Theoretically Defeat Reed Richards”.  High Evolutionary, Diablo, Mad Thinker and The Wizard were invited.  Even the Watcher showed up.  It was then revealed that Val Richards had opened a portal where four alternate universe Reed Richards came into our world.  The story then jumped ahead a few months, and I was completely lost.

Issue 4 dealt with the “Anti-Reed” Symposium, brainstorming ideas on what the Alternate Reeds want.  Spidey, Sue and Alex go to Atlantis because of an attack there.  Issue 5 featured more of the Mole Man’s attack on Atlantis, and the Alternate Reed’s machine.  At the end of issue 5, the Inhumans return.

I enjoyed FF in the beginning.  It was something new.  It showed the evolution of a family (and essentially a business), trying to cope with the loss of one of its members.  This was a story line I could really follow.  It was emotional and the story had heart.  When the alternate universe Reeds showed up, the story lost its emotion.  I lost my connection to it.

I’ve been trying to think why has FF failed (in my opinion).  Two ideas come to mind. 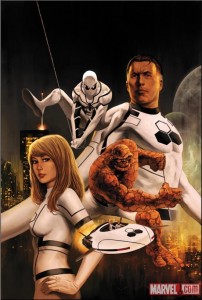 First off, they are trying to do a large story.  They could have easily filled 7 to 8 issues about coping with the loss of Johnny Storm.  You could have filled those issues with a story about each member of FF, accepting the fact that Johnny is gone.  Those issues could also feature stories about FF, publicizing and letting the world know that the Fantastic Four are gone, and FF is here to stay.  After establishing what the FF is, then the big story of alternate Reeds should be introduced.  Since it was a new title, intended to bring in new readers, the background should have been established before jumping right in.  I shouldn’t have to go to Wikipedia to find out the back story to read a comic.

Secondly I think FF has failed because it has been written for trade collected format.  Maybe a year from now, when the first story is complete, I will have changed my mind.  But unfortunately right now I have a hard time plunking down my hard-earned money for a story that I don’t feel has earned it.  If it is written for trade at least give me a small synopsis of next issue in the back of the book.  If I can read about what’s coming next, I will be waiting for it eagerly, instead of buying it cause I have to.

Now don’t get me wrong, I don’t hate the complete series.  There have been some good points.  I like adding Spider-Man to the team.  I know what your thinking… but I am not a Spidey fan-boy (anymore).  Spidey is everywhere and he’s been a member of every Super Team.  But here, it really shows Spidey is out of his element.  There is one part where Spidey gives his theory on restoring Doom’s intelligence.  One of the FF kids says “The Spider has intelligence.”  This is a profound statement considering many times we forget Peter is a scientist. 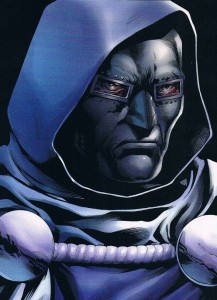 I also like Doom being a member of FF.  Dr. Doom is just a cool character.  Anybody who can rule their country with an iron fist, and dabble in the black arts, can’t be that bad?  Can they?  Even though he wears a mask, you can see the emotion on his face.  There is some nice artwork in the pages of FF.

Speaking of artwork, Steve Epting penciled the first 3 issues as well.  I think they should have left him on the complete run for FF.  But I also want to see him pencil Captain America with Ed Brubaker as well.  Epting is one of my favourite artists in comic books today.  I just can’t get enough of his stuff.

So I am torn.  Do I stay with FF and hope everything will be explained?  Or do I drop the title for now, and catch it on trades in a couple years?

What would you do in my shoes?