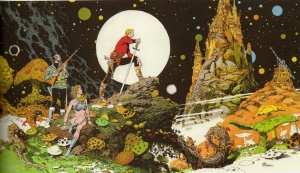 I’ll just warn you right up front! This article is gushing praise for Al Williamson’s “The Empire Strikes Back” Artist Edition! Now I have been a huge fan of Al Williamson, all the way back to Flash Gordon as well as his work in the early Warren magazines. As I grew older and learned more about him, I was led to his earlier Golden Age work for EC. And as I learned more about him I was led to Alex Raymond and Flash Gordon, Rip Kirby and Agent Corrigan, all of which Williamson was hugely influenced by and worked on. 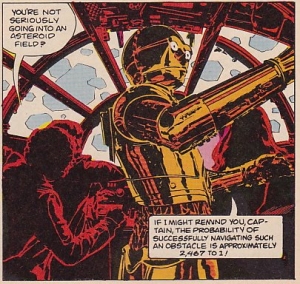 You can see it in his design as well as attention to detail, particularly in the styles of clothing his characters wore and depending on the work he was doing, especially the styles of women’s clothing and hair. It was pretty obvious he picked that up from Alex Raymond as he was widely acknowledged as the master. Al worked with Raymond on Flash Gordon, Rip Kirby and Secret Agent X-9 which became Agent Corrigan and Williamson took over this strip for many years after Alex Raymond’s untimely death in September of 1956 car crash.

Now in 1980 Marvel had Williamson adapt “The Empire Strikes Back” in comics form. Williamson was the choice of George Lucas and it is widely agreed that the look of Star Wars and Indiana Jones is a direct result of Al Williamson’s earlier work.The adaptation was run in the Star Wars comic, in issues # 39-44, and also in Marvel Comics Super Special #16 and then again in a Treasury Edition format. Battlestar Galactica was the only other book that had this 4 issue treatment.

I had and still do have a nice copy of the Super Special and always had been disappointed by the reproduction of the artwork.The line work was terrible and the colour was terrible. In short, it was terrible. So when I heard that the Artist Edition was coming out I knew this was going to be good. Real good! 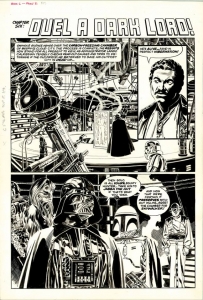 I was not disappointed! Now Al Williamson had about 3 months to do 104 pages and knew he couldn’t get it done alone, so he enlisted Carlos Garzon to ink backgrounds and hardware. Al did all of the figures. There are so many panels that you just have to stop…and be amazed at what he put down. The artist edition features an incredibly clean look and the extras are exceptional. Covers and character pinups as well as a complete other story from Star Wars # 98 which Al Williamson did both pencils and inks! Again a sight to behold.

This is truly the way to see Al Williamson work! Oversize and cleanly reproduced, to show the nuance and brilliance of his design. If you are at all a fan of sequential art storytelling this is a special book to pick up.

Hopefully it will lead you to the great body of work he did as he was not just the guy who inked a ton of Marvel work right until his passing in June of 2010.

Heres hoping Al Williamson’s estate has the original artwork to Return of the Jedi as well! 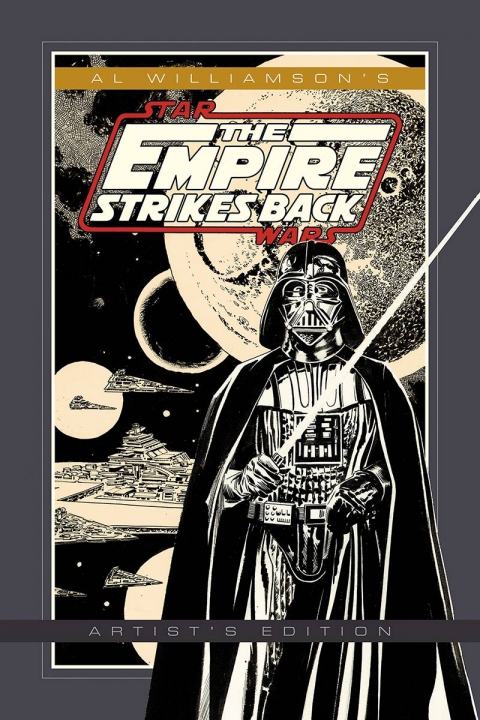