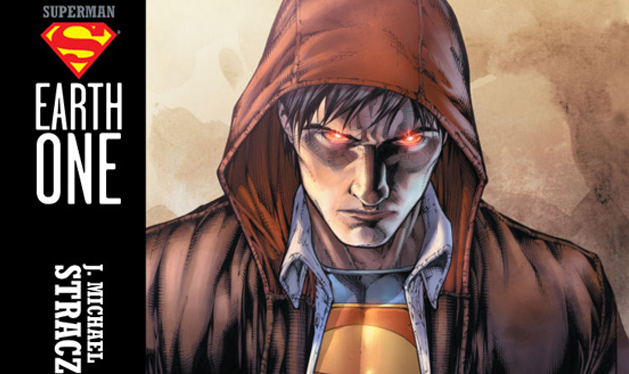 It took me a lot longer to get my hands on one of these than I would have liked, but last Wednesday on a trip to Silver Snail prior to watching the Toronto Raptors DEMOLISH the 76ers, I found one. Yay! I suppose then with all the hype attached to this particular story leading to its release, I’ve been wondering whether the praise for it was justified.

Generally, I didn’t like Superman stories. I don’t read the serial series’ because the very idea of Superman rehashing the same story premises is largely uninteresting when I think there’s only so much you can do with Superman. This applies here more than usual. I enjoyed Grant Morrison’s All-Star Superman, and I enjoyed some of Alan Moore’s work, but no other story has really resonated with me. Even Geoff Johns’ work on Last Son was lacking. What turned me though was the very human element of the character, an element I largely discounted until I watched Superman Returns and noticed the very human, isolationist dynamic that accompanies the solitude of perpetual godhood. That’s the character’s world all the time. That’s something I don’t feel the Christopher Reeve movies touched on. What both did though was drive home the importance of the character’s humanity and his affinity for humankind.

That same element was present in Earth One, and ultimately pushes it towards being a great story and does everything that Returns stopped short of accomplishing. I suppose then the question is what did a book that proclaims to introduce the man of steel to a new generation actually accomplish? What it does is humanize arguably the greatest hero in comics: he becomes us, and we become him. It’s really a gender neutral concept, but you get the idea.

We often find ourselves caught up in a fast paced world where we’re asked or goaded into making snap decisions about who we are and what we want. It’s a joke, really; so few of us really do have the answers to either, much less bother to take the time to figure it out. That’s how the story starts, with a young man capable of so much taking the slower route to understanding who he is and what he wants. Regardless of whether you desire to be a pro athlete, a doctor, a scientist, a writer, or simply a guy flying around in pajamas; it’s a path we walk every day. Some days are more directionless than others, while just the same any given day can be accompanied with absolute clarity from the moment we wake to the first time we truly stand up. It’s those days we realize who we are, what we are, and ultimately carve the path towards our self-prescribed destinies.

“…you’re unique in all the world. Extraordinary. Not just any man, and more than just a man. A Super-Man. I know how you must feel some days and there’s no one to talk to, no one to help you when you’ll feel utterly and totally alone. Like the weight of the whole world is pressing down on you. But when that time comes, you’ll know what to do.”

“Live, Clark. Follow your passion. Show the world what you can do. Fly, Clark.”

When “it” happens, it’s like a switch that flicks on illuminating the entire room. Everything brightens up and you know where you are and where you’re to go. It’s interesting how this transformation is presented in the graphic novel. In the beginning this iteration of Clark Kent is shown wearing a black jacket, a hooded sweatshirt, white shirt and jeans. Not the “get-up” we’re used to. We see him then gradually “become” the character we know, eventually shedding his garb and donning the uniform we’re more acclimated to. It’s a metaphor for the intrinsic change Clark experiences, moving beyond his doubts and becoming who he is. Deep down. No one else can define it, no one but you.

So what did I take away from Earth One? We don’t know anything, not outright. The more we think we know, the less we know, I suppose. But when you do, everything will click. It may take years, it may happen tomorrow. You may find it in your first job, it may take several. I don’t think you can really understand who you are without that journey or understanding of self; you’re settling otherwise. What this book teaches us is something we already know. We all have the power to be more than we are, to overcome who and what we are. To take flight. To take inspiration from each other. To become super…man. From there, everything else will fall into place.

So yeah, the book was good.

Until next time, over and out…