One of the reasons I started doing these weekly walkabouts is to finally make myself sit down and read all these great looking comics I’ve stumbled across online. This week I finally tackled Jackie Rose, a great adventure story that has recently finished its first story. Josh Ulrich has shared that he’s already hard at work on the next story and given some idea about what’s in store for the series going forward. But I’m jumping ahead, first we need to be introduced. 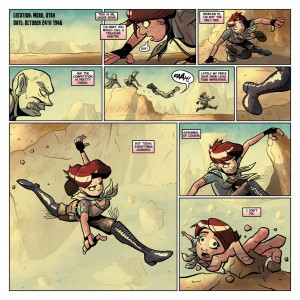 So Jackie Rose is a treasure hunter. Well, she wants to be. Mostly she works in a diner, but she knows what she WANTS to be doing. Sound familiar? Yeah, she’s a female Indiana Jones type character, but she’s an amateur and green enough that she comes across very real and not too over the top, like say Laura Croft. That’s not to say she’s not talented, resourceful and gutsy. And with a great sense of humour. 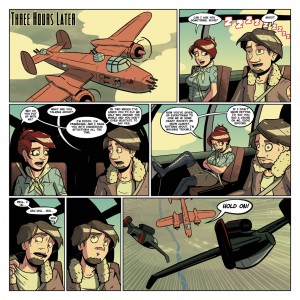 The rest of the cast is pretty fun as well, her driver/partner/friend Eddie Ripcord, the surprising Dian, Robo Nazis, The Frenchman, it’s all great slightly fantastical stuff, exactly like you’d want in this sort of adventure. 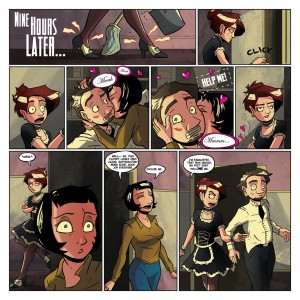 The art is really eye-catching, that balance between cartooning without being cartoony. Kinda an Atomic Robo feel. The colour palette as well, not too bright, but still very strong/bold colour. Josh does some interesting textural things with his colour and his backgrounds that I’m jealous of. 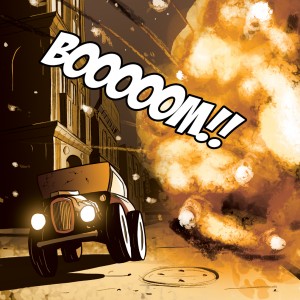 All that being said, when you read Josh’s Bio and learn he took up cartooning six years ago and came up with Jackie only two years ago it’s a pretty impressive piece of work for someone so new. There are however, some little things that show Josh is still new and has room to grow. First is the actual process and progress of Jackie’s first adventure. Josh jumps about with publishing schedules, update lengths and even makes a huge narrative leap at the start of Chapter 4 that feels a bit like he wanted just to skip explaining how we got to the big finale. All of these are part in parcel of someone sharing a work in progress. He’s gone back at times and made changes to existing pages and at the same time he leapt the story forward he also did some character redesigns. Read as a whole, it can be a bit jumpy and jarring at times, but if this is his first real kick at the can, I’m excited to see where he is in another 2 – 6 years. 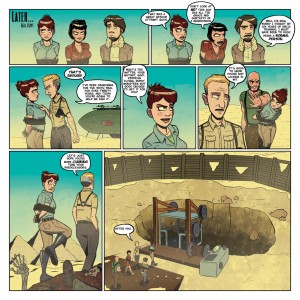 The other gripes I had where minor stuff, again, indicative of someone still learning. His word balloons while nice and organic, can sometimes be a bit off kilter, his text needing more even spacing from the balloons edge. As well, as much as I like his backgrounds, they can sometimes be a little sparse or underdeveloped. Again, not a huge issue and the sort of thing that will come with time. Besides, you are often distracted by a great action moment or character expression. 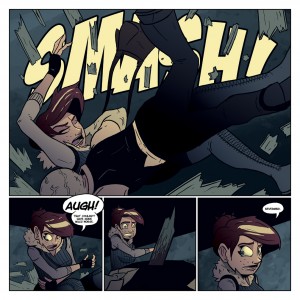 So put on yer adventuring boots and prepare for an adventure with Jackie Rose. You’ll thank me.

And when you are done there, for some Tintin-esque adventuring, look into Jonny Crossbones. Seriously, if someone wanted to do new Tintin stories, Les McClaine could do it with his eyes closed. The series has been kind of on again off again as Les does freelance gigs for The Middleman, The Tick etc, but it’s too good not to read what’s there.