One of the biggest daggers thrown at webcomics is that because it’s so easy to start one, anybody can do it and there’s just so much poorly done work that webcomics are viewed as amateur and not worthy. Well what happens when the webcomic creators are moonlighting comics pros? Because yes, anyone can start a web comic, even someone who’s day job is creating comics.

Perhaps most famously there is Mark Waid’s Thrillbent site. Mark made a very public showing of his foray into webcomics and has followed up with a whole line of comics above and beyond the flagship Insufferable. The creators include people like Karl Kesel and Peter Krause, more pros moonlighting on the web. 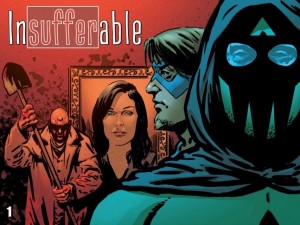 Rick Burchett and Greg Rucka have been since 2011 sharing the adventures of Lady Sabre & the Pirates of the Ineffable Aether. A steampunky sword swinging adventure that print publishers should be fighting over. Did I mention those are Sky pirates? Did you catch that the hero is a female that’s as handy with a pistol as a sword? And did I mention Greg Rucka? Y’know, Queen and Country? Gotham Central? Detective Comics? Daredevil? Yeah, it’s the same guy. Doing a webcomic. 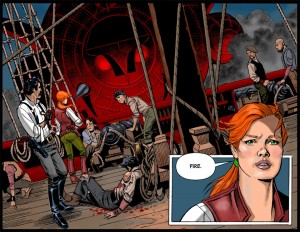 How about Andrew Pepoy, whose Adventures Of Simone & Ajax have graced many indy anthologies. Andrew spent five years inking Jack of Fables and has worked on Futurama and Simpsons as well as for Archie. Simone & ajax is goofy cheesecake fun and the art is great. Take that inker haters! 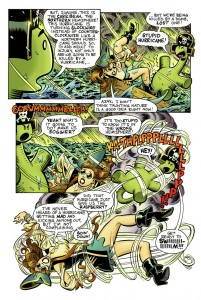 How about Warren Ellis? Y’know, that cool Brit behind The Authority, Transmetropolitan and Planetary. Well you do know about his series FreakAngels right? Free Weekly webcomic. By Warren Ellis! Freaky kids. Post Apocalypse. C’Mon! 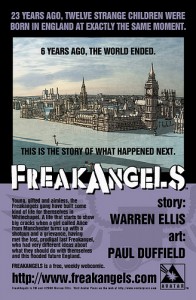 Maybe Karl Kesel and his Mad Genius Comics. If you don’t know Karl, he’s a Writer and inker best known for his DC work on Legion, Superman and gets the credit for the modern Superboy Kon-El. His Mad genius comics include Johnny Zombie, zombie fighting natch, and Section Zero, a sort of X-Files, B.R.P.D., Men in Black series with Tom Grummet, another old-time pro. 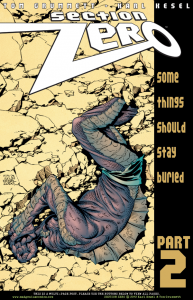 And then there are the creators who walk a weird line, webcomic creators who are now comic pros. People like Karl Kerschl, Ramon Perez, Cameron Stewart, Faith Erin Hicks, and on and on. Those amateurs people sneer at today might be the next big thing in a year or two.  The lines are blurring, and as Mark Waid put it, “Print and digital can co-exist; we’re just trying to level the playing field between the two.”

If you’ve avoided webcomics because you think they are all amateur crap, please, think again and try out some of these as a gateway to other great work. Most of these sites offer links to more webcomics. And once you get started, it’s a great big wide world.