The other day I was on twitter looking through posts when I came across one from Kevin Smith. I am a Jay and Silent Bob fan, so naturally I follow him. He said he was having a bad day and the only thing that cheered him up was a video he then linked to on the S.I.T (Smodcast Internet Television) Network. After watching Kevin Smith’s introduction, I was shocked when the camera cut and there was a shot of the Silver Snail in downtown Toronto! I was then pleasantly surprised to see a young man standing inside the Snail, talking about comics and swearing a lot – two of my favourite things in the world! This was my first introduction to ComicHead. 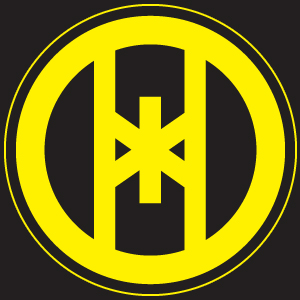 ComicHead is created, directed, produced, written and stars a local Torontoian named Brian Faraldo.  This potty mouthed comic lover took the time to sit down with me to chat about ComicHead, Smodco and of course comics. ComicHead is an internet show where its creator reviews comics in a quick, brash and funny way (that happens to include a lot of swearing!). Click on the following links to check out the ComicHead videos: Issue #1: Relaunch – Avengers vs X-men  & Issue #2: Avengers vs. Xmen Round 2

When I first met Brian, I was waiting for him in the lobby of The Score (Brian’s daytime job) with my nose in my phone. I heard a door open and when I looked up there he stood, all smiles and excited to meet with me. I stuck out my hand for him to shake and he immediately pushed it away and told me to give him a hug. And I was kind of surprised; this fast talking potty mouth was actually a sweet and polite guy. We then went and sat down for a beer and had a great chat.   ComicHead started on a youtube page called Wingmen, where Brian and a couple of his friends would post videos about basketball and do promotional videos on Toronto based Wing restaurants. Faraldo took the opportunity to post videos about one of his favourite topics, comics. He was into comics when he was a kid, but as he grew up and got into high school his comic collecting started to slow down. After school, he met his now girlfriend, Jann Shreve, and she just happened to be into comics and encouraged him to start collecting again. From there his old love of comics was again sparked and he now works very hard to spread his love over the internet through ComicHead. 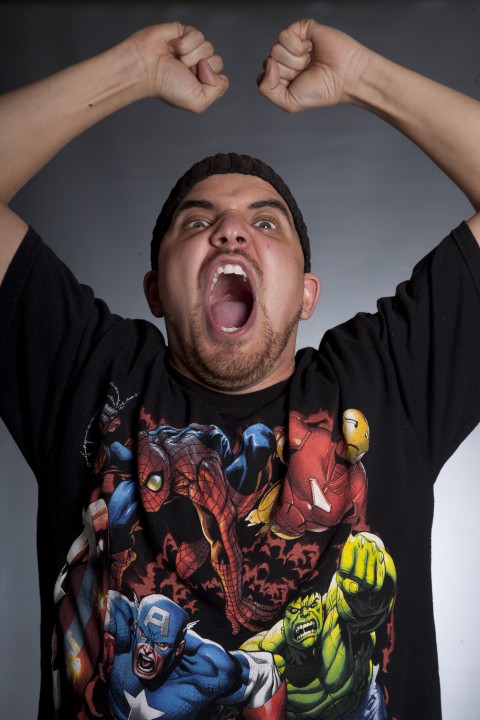 Each ComicHead video takes about 4 days or more to make. Everything is done by Brian; writing, producing, editing, graphics, acting, and directing. Yet he manages to post one episode every week. From his beginnings at Wingmen, I had to know how ComicHead got picked up by Kevin Smith and the S.I.T Network. Brian told me that his work on ComicHead started to slow down over the years; his life was getting hectic and something had to give. But after his girlfriend saw that his passion was being pushed aside, she suggested that he send his videos to Kevin Smith (He is an avid Twitter’er and is known for responding to fans posts). ComicHead has a really Jay and Silent Bob style of reviewing comics, so she thought it might be something he would be interested in. Brian took a leap of faith and spent a lot of time constantly reposting his videos to Kevin. Just when he was about to stop, Brian received an email from one of Kevin’s people asking him to join the SIT Network. Now every Monday ComicHead is the feature post on the Network! His viewership has jumped from around 600 views, to 11,000 and growing.

Brian is currently working on getting ComicHead branded. He has recently come out with a new logo, and is working with artists to improve his Facebook site. He is also working on creating more ComicHead issues. With the pick up of his videos, Brian is working harder than ever to produce a great show for the network.

While I had Brian sitting down with me I had to ask him what his favourite comic book/title was. His answer: Old Man Logan. He is looking forward to doing a series of videos that review his top pick. I am excited to see it, and after his enthusiasm about the title, he has convinced me that I really need to pick it up.

Be sure to check out ComicHead every Monday on the S.I.T Network. But remember, there is a lot of swearing…it’s awesome!