It’s almost Easter-time, so I thought it would be interesting to explore issues of life and death in the comic book world. The “comic book death” of a major character mirrors the death and resurrection of Jesus Christ, who is celebrated in the annual Easter tradition. The regular rite of “killing off” a major superhero to drum up sales has a precedent from the “Death of Superman” event in 1992. In this event series, DC took great pains to create publicity and to create a new super-powerful villain (Doomsday) who could kill Superman. After Superman “dies” in Superman #75, we have some funeral issues and then another major story arc with four new characters who each claim to be Superman, but all is well in the end because it is revealed that Doomsday only put our Man of Steel in a “super coma”, as he returns in a dream sequence in Adventures of Superman #500 and he returns physically in Action Comics # 689.  If you haven’t read many character death story arcs, please beware of spoilers below about previous issues concerning Captain America, Bucky and the Winter Soldier. 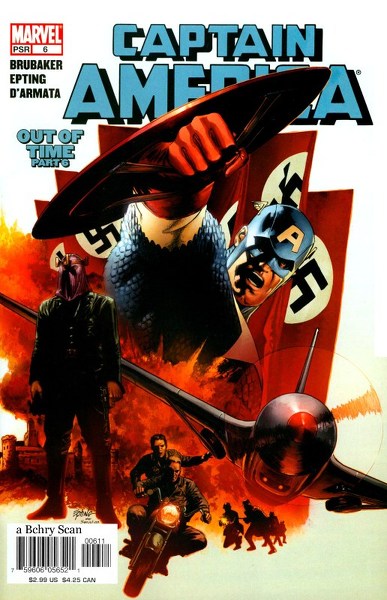 From a collectors’ stand-point, the death issue is worth more than the resurrection issue of a character. In Superman’s case, a near mint minus copy of Superman #75 is worth $10 (regular edition) in the Overstreet price guide. On the other hand, the “resurrection” issue is not getting much more than cover price (Action Comics #689 has a guide value of $3 for a near mint copy), so it goes without saying that collectors care more when a character dies than when a character returns from the dead. On a personal note, I felt that this issue was a poorly executed and haphazard way of bringing back Superman in comparison to the epic battle with Doomsday.

Actually, most scenarios that resurrect a dead super-hero have ludicrous plots or weak reasons that explain how this happened. In Captain America’s case, it was the Red Skull who engineered the “death” as part of his maniacal scheme, Captain America was really trapped in the past, but the Red Skull’s plan goes awry and Cap is released back into the present to resume his normal life. Again, in Captain America’s case, the death issue is much interesting and engaging because it happens at the end of Civil War and there is so much political intrigue involved, with the revelation that a brain-washed Sharon Carter fired the fatal shots. In terms of value, Captain America #25 (the death issue) is worth $10 while the return issues (Captain America: Reborn 1-5, regular covers) are only worth $4 for a near mint copy.

While a typical resurrection issue is not worth much in the collectibles market, perhaps a case can be made when the resurrected character becomes something entirely new. For example, Bucky Barnes is reborn as the Winter Soldier in Captain America #1 (volume 5), and is revealed to be the Winter Soldier in Captain America #6 (vol. 5). Captain America #6 can be considered Bucky’s return issue since he is revealed to be alive in this issue. This issue may hold some value even after all the buying and hoopla has calmed down after last year’s Captain America movie. This is a special comic because it brought Bucky back into the land of the living after four decades (at the time of its publication) of being dead.  Ed Brubaker really ventured into uncharted territory by bringing back Bucky because characters like Bucky Barnes and Uncle Ben were supposed to remain “permanently dead”. The last Overstreet guide value only shows $6 as a near-mint value and while this issue will probably increase in value in the next edition of the Overstreet guide, it is still worth less than the death issue of Captain America (#25), which fetches $10 in the guide.  Captain America #6 was one of the few character resurrection stories that really surprised and delighted me.

Another resurrection issue of sorts is Edge of Spider-Verse #2, which is the first appearance of Gwen Stacy as Spider-Woman. Technically, this Gwen Stacy belongs to another parallel universe, so it is not the resurrection of Gwen Stacy in our own universe. Also, this issue is more a first appearance issue than it is a “back to life” issue of a dead character, because this issue is the debut of Spider-Gwen. This issue is so new and it has rode the speculation wave so much that it’s very difficult to see where the price will settle at when the next Overstreet guide is released.

In the recent years, Marvel has been guilty of killing off characters more than DC. In the past year, Marvel has killed off Wolverine and the Watcher, and will probably bring back Wolverine this year or next year. It might take them longer to bring back Uatu the Watcher, but this is just me speculating. I wish that they wouldn’t write more death story arcs but it is these issues that sell. So, if I had to live with more character death storylines, I would like to see these characters brought back with new powers and new identities like Spider-Gwen and the Winter Soldier. Maybe they can finally bring back Uncle Ben as some all-powerful cosmic entity…but an Uncle Ben from an alternate universe, of course. 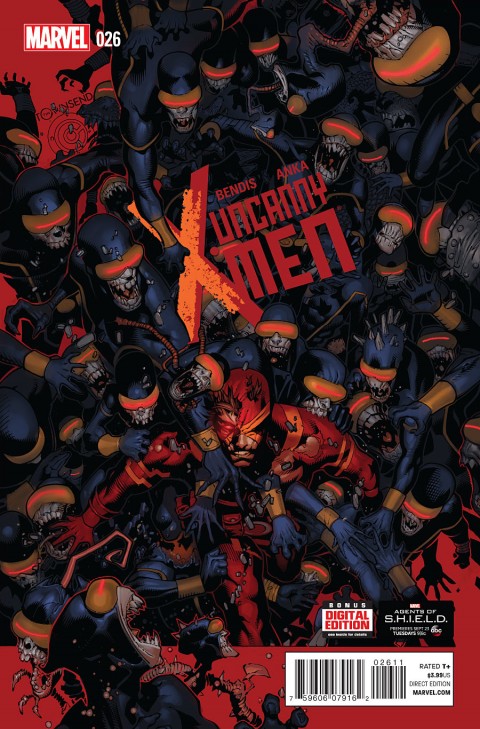