The pictures from Kenneth Branagh’s Thor keep rolling in, and they keep making the Marvel panel at Comic Con my most anticipated event of the coming weekend. The pictures so far look really, really campy and kind of plastic. I wonder if that’s the tone of the Asgard stuff. Or is it just the way the stills are photographed? it’s a bit over lit and I don’t imagine everything 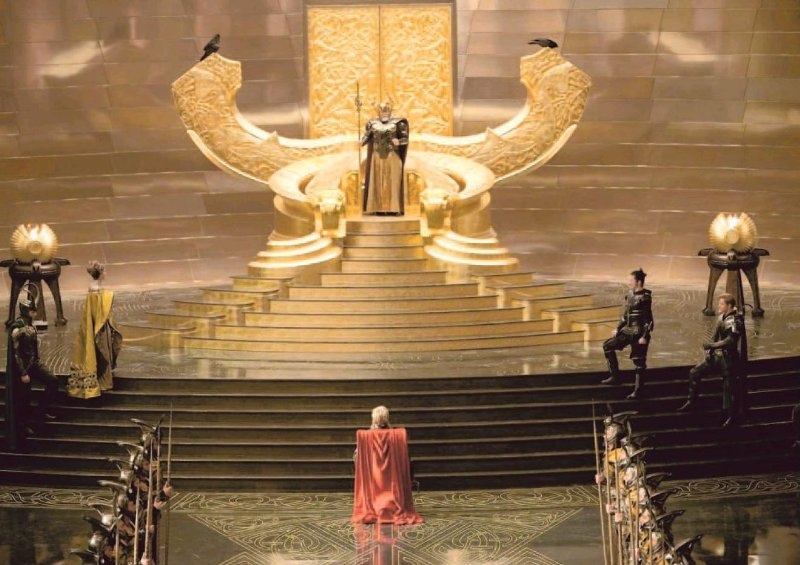 Oh and yeah, on the left hand corner that is Loki rocking his trademark helmet…

Paramount Pictures and Marvel Entertainment present the epic adventure, “Thor,” which spans the Marvel Universe from present day Earth to the realm of Asgard. At the center of the story is the mighty Thor (Chris Hemsworth), a powerful but arrogant warrior whose reckless actions reignite an ancient war. Thor is cast down to Earth by his father Odin (Anthony Hopkins) and is forced to live among humans. A beautiful, young scientist, Jane Foster (Natalie Portman), has a profound effect on Thor, as she ultimately becomes his first love. It’s while here on Earth that Thor learns what it takes to be a true hero when the most dangerous villain of his world sends the darkest forces of Asgard to invade Earth.

This latest pic comes from the LA Times, and was run on Slashfilm.