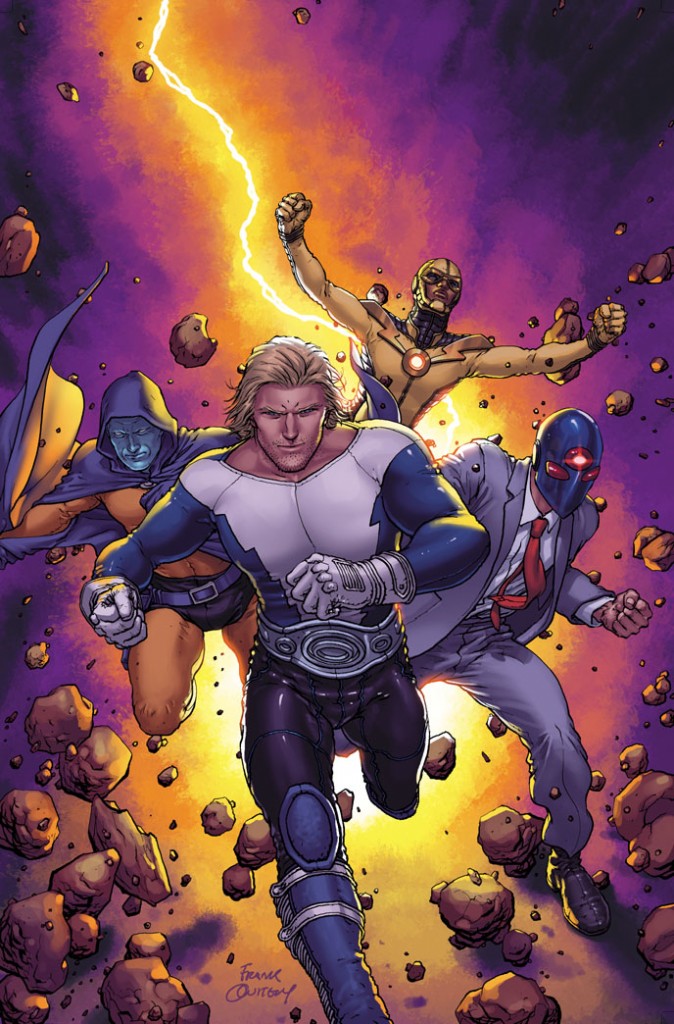 What happens when the very powers that drive you to be a hero are also killing you?

Do you burn out or fade away?

Do you resign yourself to your fate or risk it all to die a hero?

Those are just some of the questions being faced by the new heroes that take the mantle of the T.H.U.N.D.E.R. Agents – a new and modern take on the classic 1960s property for today’s reader.

A while back, we showed off a teaser image announcing that the T.H.U.N.D.E.R. Agents – the international UN heroes – would be joining the DC Universe. Well, now we’re ready to unveil some exciting details about these classic heroes and their latest incarnation.

Featuring a new batch of recruits brought in to take on the mantle of the original Agents, the team faces some difficult choices of their own, while revisiting the classic team’s troubled past and deadliest threats.

Spencer and CAFU will handle the main feature with an all-star lineup of artists handling the co-features. And a certain Mr. Frank Quitely is the artist on the cover to T.H.U.N.D.E.R. AGENTS #1, with a variant cover by Darwyn Cooke.

Wil Moss, editor of the new series, swung by The Source to give us a few more details beyond the basics.

“The new series casts the team as a covert special ops force dealing with global threats the rest of the DCU don’t even know exist — all the while struggling with their own choices to become agents and the tortured pasts they’re running from. With character-first storytelling and threats exploding from real-world headlines, this relaunch of T.H.U.N.D.E.R. AGENTS will offer something new, different, and daring for both today’s broader comics audience and fans of the original team.

T.H.U.N.D.E.R. AGENTS will prove that there are still fresh new ways to approach the superhero team concept nd it will provide a platform to show off two very talented new creators — the writer, Nick Spencer, and the artist, CAFU.”