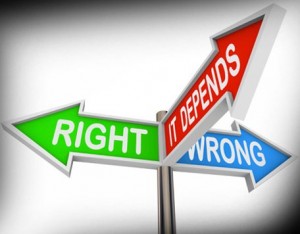 I was put to the test in Montreal this past weekend and unfortunately I failed.

I was set up as a vendor at the Montreal Comic Con and at one point during the show a young kid, maybe 11, walked up to our booth looking for some comics to buy. During our brief little exchange the kid showed me a comic he had just picked up. I could see why the young man wanted to share his excitement; he’s just picked up a Hulk #181 which features the first appearance of Wolverine. I’m an old timer and I know that this kid picking up this book was a huge deal to him. We’re talking the 1st Wolverine, published a quarter century before the kid was born. Cripe that would be like me picking up a Detective #27!!

He showed me the book and it was a beat up rag, maybe a Fair or a 1.0 for all you CGC fans. The book was ok for a starter I guess. My heart sank when he told me how much he paid! The kid paid $550 for a book that was not worth $100. Now I understand how the game works, I know a book is worth what someone is willing to pay for it but I want to assume that means in a transaction where both parties are knowledgeable and aware. Anyway at this point I did the wrong thing. I internally winced and told the kid to keep it for a long time (hoping it would gain at least some of the value through time).

Fast-forward a couple of hours and the kid comes back to my booth looking rather pale. He asks me if I bought comics. I said I did. He produces the Hulk #181, my heart sinks a second time, the cat is out of the bag.  I explain that he made a mistake and ask him where he bought it. He tells me the dealers name (I will not mention the dealer in this post) and I tell the kid to go back to that dealer and ask for the money back. The kid tells me he did go back to the dealer and he asked for his money back but the dealer refused. I believe at this point I again did the wrong thing. I did not take the kid with me back to the dealer; I did not call the dealer out on selling a little kid a comic for at least 6 times its reasonable market value.

I’m not sure why I didn’t try to help the kid. Was it my place to police other dealers and pass ethical judgments on them? Anyway I tried to look for solutions that did not involve me confronting the dealer. I told the kid to take his parents to the dealer and that I would back up the opinion of value if needed. I sensed the kid was more afraid of his parents finding out than of getting ripped off so we dropped that. In the end I told the kid to try again with the dealer hoping a bit of time would knock some sense into the dealer.

Fast-forward a few hours. The kid is nowhere to be seen but I’m fuming, I’m consumed by my earlier inaction. A fellow dealer pops by the booth to say hi and I felt the urge to convey my story, hoping that telling someone I knew, trusted and liked of my chickenshitness would somehow make it all better.

To my surprise my colleague cuts me off mid story and finishes it for me. The kid had come to him too and he DID take the kid back and he DID confront the dealer in question. All for naught though since the dealers response to the challenge was “what’s it to you”. My colleague did let me have it though, indeed he tore a strip off of me for my inaction and I thank him for it.

Fast-forward to the next day, I heard word that the dealer in question did return the money, I even saw the kid and asked him if he got his money back and he in a very meek way said he did. I cannot verify if this actually happened but I truly hope it did.

Man what a taxing ordeal though. Looking back I see it as one of those “how would you react in the line of fire” questions and I did not like the answer I got.