I had the pleasure of attending Montreal Comiccon 2012; yes that’s how they officially spell Comiccon and while I see people putting a space in that’s not how the organization spells it. This time around I worked a booth at the show for my local comic shop along with fellow CBD writers Anthony and Walter. As such I had a restricted amount of time on the show floor but a lot of opportunities to observe the crowd as it flowed past me. 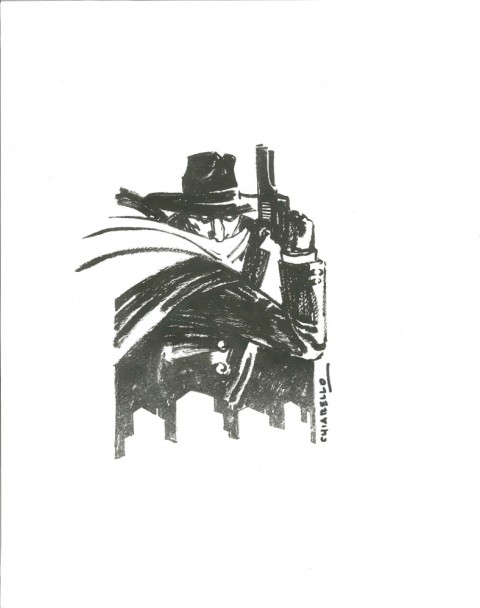 As always Artist’s Alley is my primary focus and this time around was no different. Might as well start with the no shows: Tim Sale didn’t attend. Not mentioned anywhere but attending was Mark Chiarello, DC’s art director for the last twenty years and a wonderful artist in his own right. I’ve seen Chiarello at a few cons but he was never sketching. We had a nice long chat about things but he started the conversation with “don’t tell anyone” so I’ll keep it to myself. He has a slim portfolio of work with him but I requested a commission of The Shadow and was very pleased with the result. Had his attendance been advertised local talent could have had their portfolios reviewed. As we talked about DC’s art books he asked what artist I’d like to see done and I froze like a deer in the headlights; I finally gave Mignola as a suggestion as he was a few tables down. 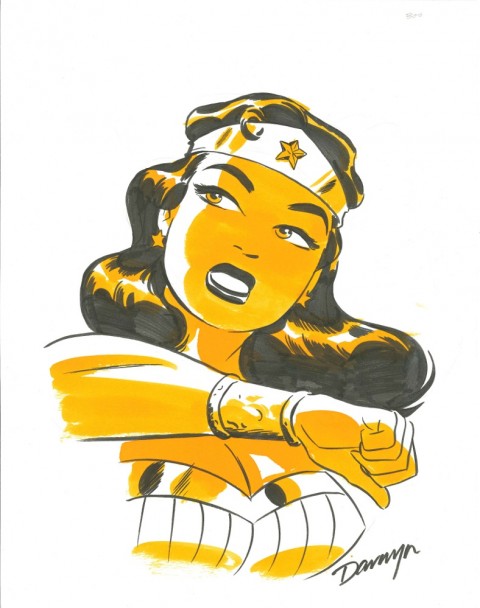 Mike Mignola, Frank Cho and Darwyn Cooke were there greeting and signing but not doing any sketches; Cooke did have a portfolio of work with him and I picked up a nice Wonder Woman. George Perez was very busy all weekend but the sketches I saw were done in pencil and black Sharpie, much like mine from earlier this year. Richard Starkings was busy all weekend signing and doing sketches of Elephant Man. Jason Schachter of Essential Sequential was there and after seeing it a three different shows I picked up the Dave Johnson cover to The Unknown Soldier issue eight. Artist’s Alley was busy at times but never full on chaos like Fan Expo or other shows I’ve attended. I chatted with a few artists on Sunday and the overall impression was that Montreal fans weren’t too interested in original art or paid sketches. 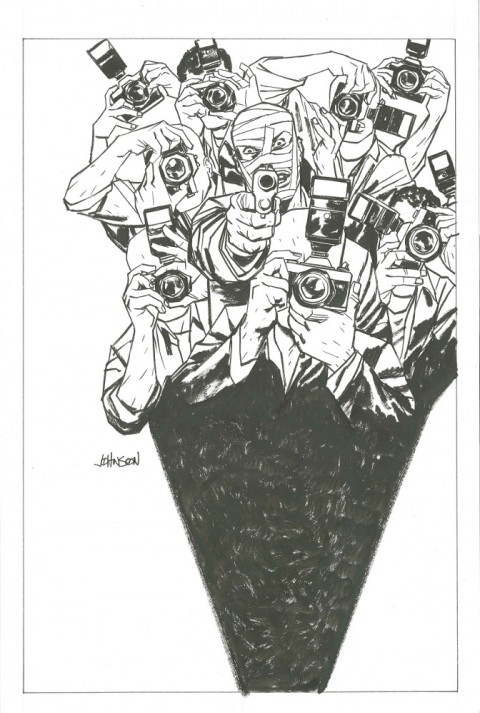 Before the show opened on Friday I toured all the comic booths looking for vintage trades or hardcovers but didn’t find anything I needed or any great bargains. The awesome booth of Quebec bande dessinee artists, arranged I believe by their publisher, was not set up this year and was sorely missed.

A good number of media guests were present, including William Shatner and Patrick Stewart, but that really doesn’t interest me so I didn’t bother wandering to that side of the hall. Every morning I did get to watch the doors opening and people running, full on, to get to that area. Very entertaining.

From an observer’s perspective Montreal Comiccon seemed to be about people wandering, immersing themselves in the overall media culture and just enjoying the event. There was a lot of cosplay by all ages and everyone wanted photos or to share in the experience. The aisles were very wide and everything was nicely spaced out. The change in venue to the Palais des Congres was superb: the best convention center I’ve ever been in. The ground floor was shops and restaurants with the exhibition halls on the second floor; good eats all weekend without the usual price gouging or limited selection. Plus Montreal is a wonderful city and I had the chance to eat at Moishes and Schwartz’s so it was win-win.