Marvel posted today an audio (MP3) version of the recently released Daredevil #1.  While most would consider comic books a visual medium this dramatic reading by Marvel staffers gives a new perspective for the writing aspect of comics. 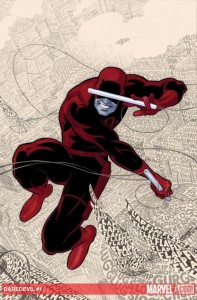 [quote]About a month ago, Marvel Senior Editor Steve Wacker came up with the idea to record an audio edition of DAREDEVIL #1 so that the visually-impaired could enjoy the dawn of a new era for DD, his friends and his enemies. Additionally, this special project provides those who can see with a new take on what’s already being hailed as one of the best comics of 2011.

Marvel isn’t offering an embedded player on their site, so go ahead and hit Play below.