I’m not really that big into Deadpool – he’s an interesting enough character, but I don’t think he’s interesting enough to support that many titles. However, that said, I will probably pick up Deadpool #1000. Why you ask? Well, check out the solicitation: 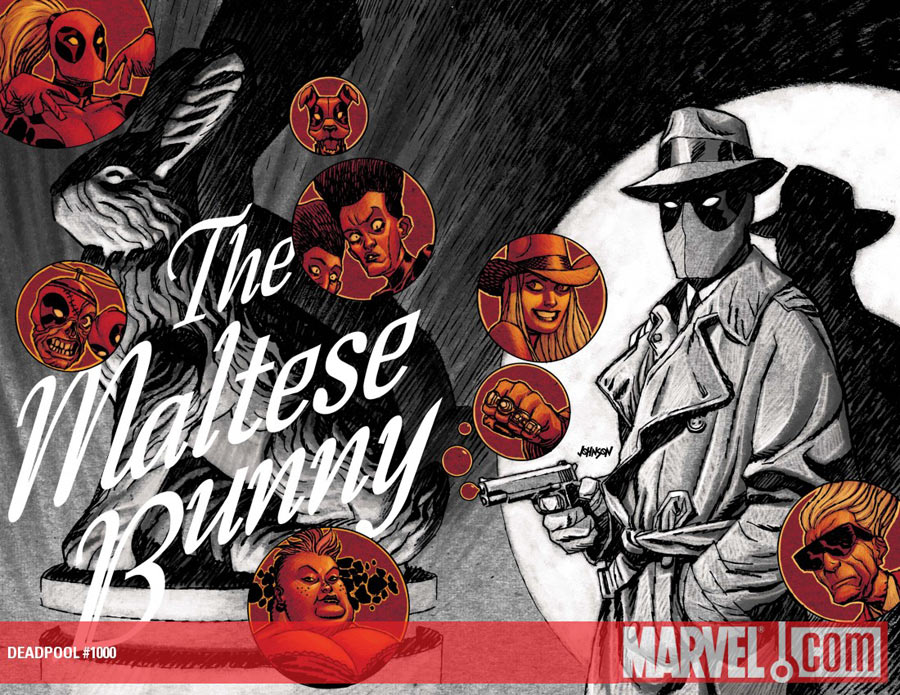 Did you see what I saw?

That’s not something you see everyday. Especially considering it felt like it took forever for Bagge’s Incorrigible Hulk story to finally come out.

So – if you have to only buy one (out of the so-far five solicited Deadpool titles) make yours Deadpool #1000.

Also; let’s be honest – Philip Bond is also drawing something and that’s always something special.