And the Siege promotions just keep a coming.

Marvel has been hyping up their ‘mini’ event Siege for the last month now. It’s the culmination of all the plots and themes that have been present in Dark Reign and this is the final act. (I suppose the The List was the rising action, but all it really did was set up plotlines for other titles or were just fun romps – I’m looking at you Wolverine.)

Well Marvel.com released this image today of a new teaser image from the upcoming “Siege” event which features Norman Osborn in the hands of Captain America

/Bucky…who’s obviously been pushed to the edge. 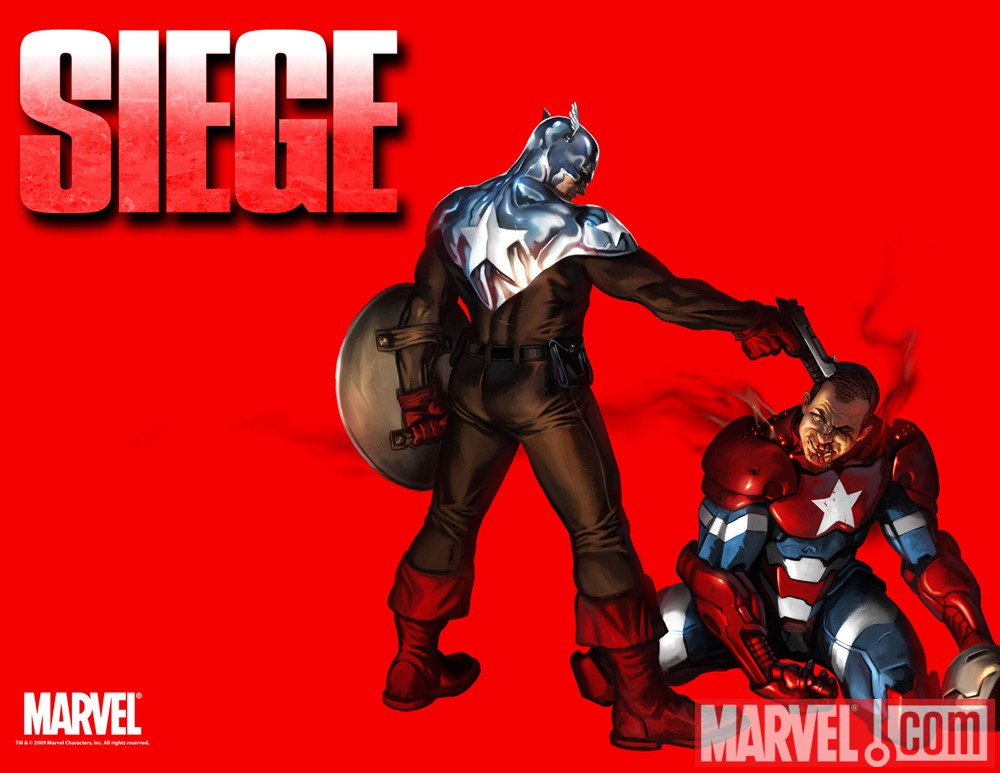 Will Bucky do it? Will he kill Norman Osborn?

It makes no sense, it’s got to be Spidey who’ll be the main force in taking down Osborn, but I’m sure that there’ll be some really heavy handed Iron Patriot vs. New Cap battle that’ll be some sort of thinly veiled commentary on the whole ‘real’ america vs the rest of america.
Naw, not really.. I’ve just been watching way too many youtube clips of Fox News.