DC announced on the weekend that a major male character, previously heterosexual, will be reintroduced to the new DC 52 as gay. 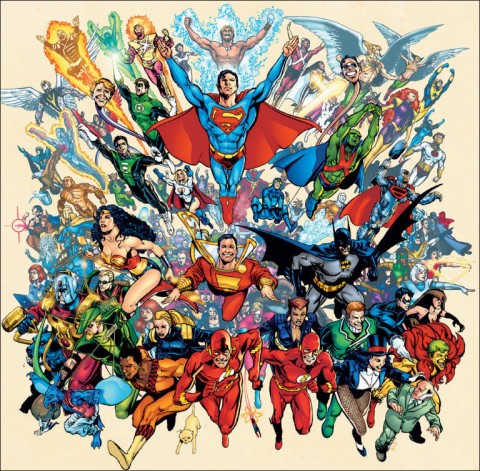 And they are about to reintroduce a previously existing DC character who was previously straight and now will be “one of our most prominent gay characters.”

As Senior VP Sales Bob Wayne explained, just like the President of the United States, the co-publisher’s policy on this “has evolved.”

This has been all over the news sites, including ABC, FOX, New York Post and The Daily Mail, plus the usual suspects of comic sites. I liked Robot 6’s coverage the best.

Maybe I’m naive but does this kind of change actually matter to comic book readers? Yes it made a great amount of noise after the announcement but will it actually create a long term impact?

Northstar was the first openly gay superhero and in the twenty or so years it hasn’t affected many characters. As I say this Marvel has announced Northstar is getting married so they’re riding the coat tails of DC’s announcement. Nice.

Does a superheroe’s sexual orientation change things? Notice I asked “superhero” since the goal of these comics seems to be beating up superpowered bad guys, rinse and repeat. Ideally all ages superhero comics wouldn’t contain any sexual orientation at all.