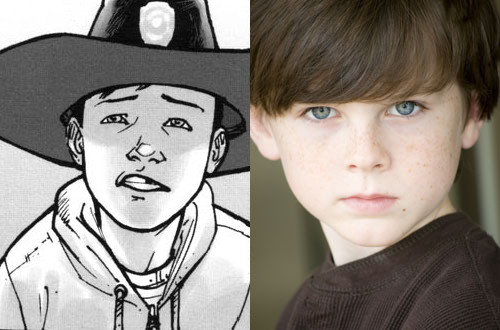 A new casting update for AMC’s The Walking Dead, this one for the pivotal role of protagonist Rick Grimes’ son, Carl. He’s going to be portrayed by Chandler Riggs, who is a bit of a newcomer to acting. Throughout the series, Carl definitely changes the most, so this kid definitely has his work cut out for him.

Riggs joins Jon Bernthal, Jeffrey DeMunn, Sarah Wayne Callies, Laurie Holden, Steven Yeun, and Michael Rooker. The show, which is being helmed by Frank Darabont is an adaptation of Image’s comic book series of the same name, is set among a group of zombie survivors of an apocalypse who are led by a police officer, Rick Grimes, in search of a safe place to live.