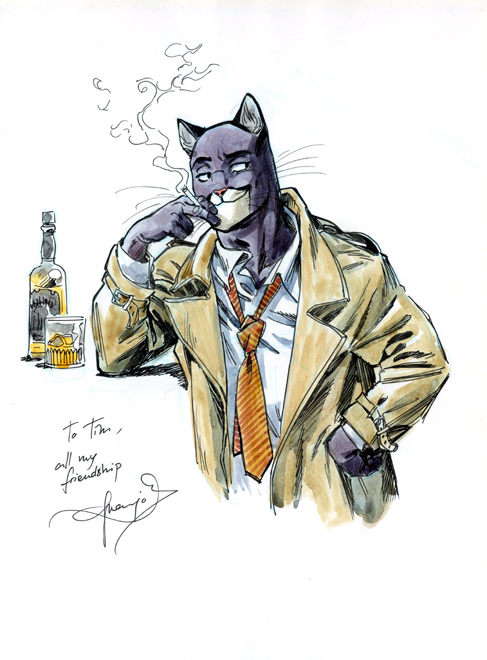 Blacksad – the furry comic that even non-furries own – is a very special and beautiful thing. Gorgeous artwork and a compelling stories make it one of the most important works of the last twenty years, the Watchmen of anthropomorphic Animals if you will. Dark Horse has recently collected the first three books, and now it appears that volume four will be coming in September.

Not in english mind you, but it’s still coming.

However, You Tube has video trailers and Scans Daily has a page of the interior art, but other than that, not much info here aside from whatever we can speculate.

Hopefully Dark Horse will get a beautiful hardcover collection of  “L’Enfer, Le Silence” (which literally translates to “Hell, Silence”) sooner rather than later… but in the meantime, i’ll brush off my french immersion schooling and head down to Toronto’s Labyrinth Comics.. they always have that stuff.