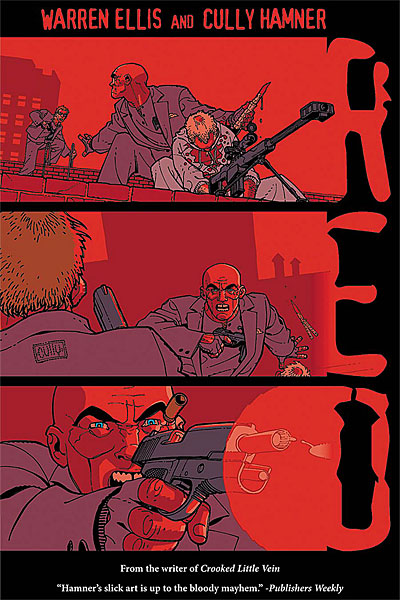 Principal photography has begun in Toronto on Summit Entertainment’s spy-thriller “Red,” based on the DC Comics graphic novel of the same name by Warren Ellis.

“Red” is the story of Frank Moses (Willis), a former black-ops CIA agent, who is now living a quiet life.  That is, until the day a hi-tech assassin shows up intent on killing him.  With his identity compromised and the life of the woman he cares for, Sarah (Parker), endangered, Frank reassembles his old team (Freeman, Malkovich and Mirren) in a last ditch effort to survive.

“I’m so excited at the phenomenal cast that Robert and our script have attracted,” said di Boneventura.  “I think audiences are going to have a great time.”

Summit’s President of Production Erik Feig said, “RED is that classic project with a little bit of something for everyone.  We are thrilled to see it come to vivid life with an outstanding cast, incredibly talented director, and top notch producing team.  It’s gonna be a good one!””

“Red” will film in and around the Toronto metropolitan area for nine weeks before moving on to the road and ending in New Orleans in late March for the final two weeks of principal photography.  The film is scheduled for worldwide release on October 22, 2010.