Hidden in the back pages of Adventure Comics #288 is this eye catching splash page from John Forte. From September 1961.

Surprisingly there were not a lot of big splash pages over the three-part Long Bow Hunters Green Arrow mini-series. I really liked this double-page spread by Mike Grell from issue #3. From 1987.

You just never know what you’ll find just lying around, I spotted this Phantom Lady splash page near the back of Superb Comics #43, from Bell Features 1949. This is a reprint from Phantom Lady #23 but comics.org does not give me the artist.

A couple of years back I wrote a piece about Tales of the Unexpected #77, how the cover with its big turd lookalike creature had the bold banner that read The Beast Oracle of Uranus. Of course, I was sold immediately and tried to get myself a few copies. I got at least one because I found it in the basement and much to my delight they did it again on a splash page, minus the creature. We couldn’t ask for a more fitting artist than Bob Brown. From July 1963. 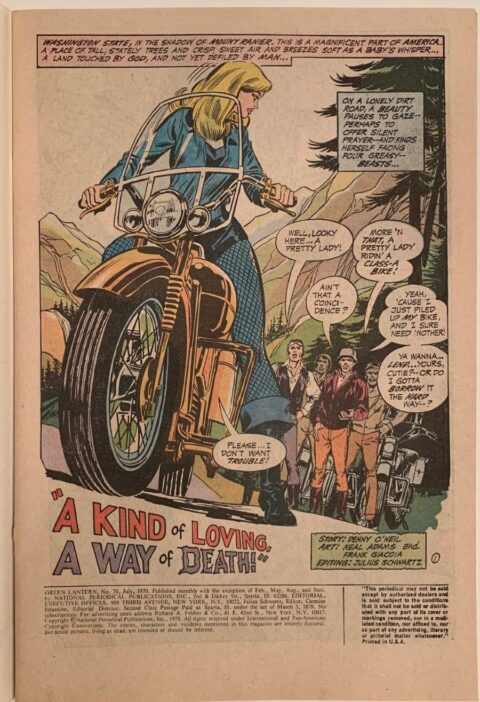