Halloween is fast approaching and time is running short to find a costume.  If you are creative and can whip something together you’re already off to a good start.  But if you are like me, who can’t sew worth a darn (tee hee, that’s a sewing joke), you may need some help picking the perfect costume.  I was playing on the internet and I came across officialsuperherocostumes.com.  This site has the biggest selection of costumes I have seen on the web.  They have the regular costumes like Superman, Batman, Wonder Woman and Supergirl that you see everywhere, but they have some I haven’t seen anywhere else.  So this week’s Pick 5 is Halloween costumes that I found on their website that I think are cool. 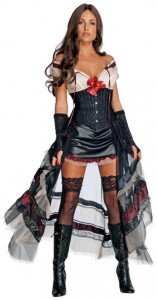 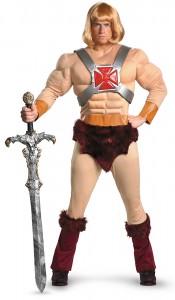 Now you can have the power of Grayskull with this He-Man costume.  With padded muscles and loin cloth you can battle the evil forces of Skeletor at your Halloween party.  I just wonder how many people are going to point the sword at their kitty cat and pretend it will change from Cringer into the mighty Battle Cat. 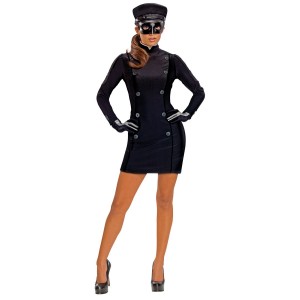 This is a very simple, but awesome costume.  The other super heroine costumes on their site have been out for a long time, and they’ve been seen.  This Kato costume will be the hit of any party, and Green Hornet would be lucky to have this Kato drive him around in Black Beauty. 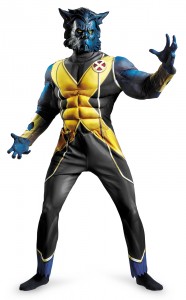 When it comes to X-Men costumes you know you’re going to run into Wolverine.  It’ll be yellow and blue Wolverine, or a Hugh Jackman-Leather Coat Wolverine.  You might run into the odd Cyclops or Gambit, but have you ever come across a Beast costume.  This deluxe costume looks amazing, and was under $100.  There is a good bet that you’d be the only Beast at the party. 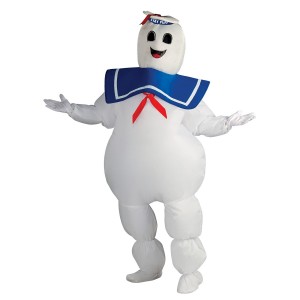 Hands down this is the number one costume.  I know lots of people like dressing up as a Ghostbuster (I know I’ve been planning on building a pack for years now) but imagine how much fun you’ll have being dressed as Stay Puft.  If you’re trick or treating, at a party or the bar it will be photo-ops galore when you’re dressed in this inflatable costume.