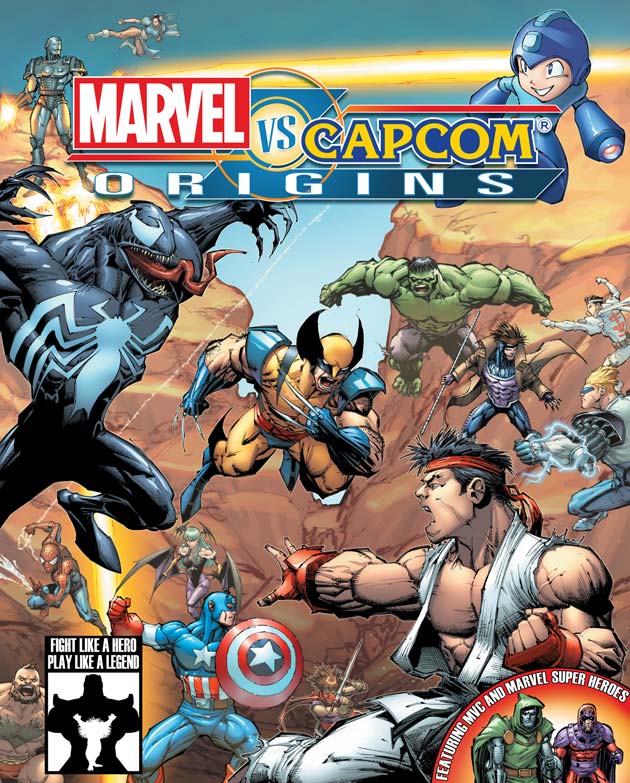 Superheroes and fighting games go together like peanut butter and chocolate. Perhaps it is the often used plot device of heroes fighting each other before the obligatory team-up, or perhaps it is our own personal joy of taking on the role of Wolverine while he punches Cyclops in face. Whatever the case, the use of superheroes in fighting games has seen a recent resurgence with the release of Marvel Vs Capcom 3 and the upcoming Justice League title Injustice: Gods Among Us. However, the sub-sub-genre of superhero fighter original saw its humble beginnings with a series of games from Capcom and Marvel Comics. The Xbox Arcade and Playstation Network release of Marvel Vs Capcom: Origins treats gamers and comic book fans to a peek at some of the early fighters features our favourite men and women in tights.

The game is actually a dual release, containing both Marvel Super Heroes (1995) and Marvel Vs Capcom: Clash of Superheroes (1999) and each game offers a different style of gameplay and story. Marvel Super Heroes lets you take on the role of a Marvel Hero while facing Thanos for the Infinity Gems. The game is a 2D fighter and takes it gameplay from the standard Street Fighter 2 style that was popular at the time. If you have played a standard 2D fighter you are familiar with the mechanics, but the Infinity Gems add extra powers that provide an additional challenge for gamers.

Marvel Vs Capcom: Clash of Superheroes has a very different style of play. You choose a team of 2 heroes and are provided with a random assist character each round. You mission in this game is to defeat Onslaught. Gameplay is much more complex in this title and mastering quick use of assist characters and strategic placement of duo attacks is key to victory. 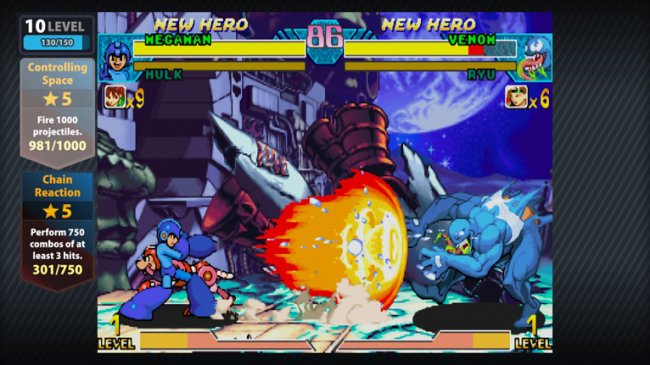 I should mention that both games are very hard. The fighting game genre had seen a very popular five year run by the time of release and the games were created for those who had a certain skill level. Even on the lowest difficulty those unfamiliar with fighting games will find completion an arduous task. Onslaught is an especially challenging final boss and you might repeated attempts are required before you achieve victory.

The games are a welcome edition to any library but I think that the “origin” moniker is a bit of a misnomer. Neither game was the first Marvel comics fighter, that honour goes to Xmen: Children of the Atom (1994), and other games could have been included to create a more comprehensive origins package (Xmen Vs Street Fighter, 1996, and Marvel Superheroes Vs Capcom, 1997).

You will still get your money’s worth (two games for $15 is a solid deal), but those unfamiliar with fighting games may find the challenge too frustrating. Still, it is interesting to see how games like Ultimate Marvel Vs Capcom 3 got their start.