An animated adaptation of arguably the most well-known Batman story, Batman: The Dark Knight Returns Part 1 is a faithful transfer of Frank Miller’s material to the small screen. 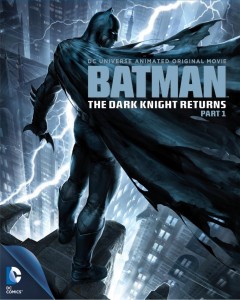 In the bleak and ominous future of Batman: The Dark Knight Returns, Part 1, it’s been a decade since Bruce Wayne hung up his cape, following most of the other superheroes who had been forced into retirement. Facing the downside of middle age, a restless Bruce Wayne pacifies his frustration with race cars and liquor – but the Bat still beckons as he watches his city fall prey to gangs of barbaric criminals known as The Mutants.

The return of Harvey Dent as Two-Face finally prompts Wayne to once again don the Dark Knight’s cowl, and his dramatic capture of the villain returns him to crime-fighting – simultaneously making him the target of law enforcement and the new hope for a desolate Gotham City. Particularly inspired is a teenage girl named Carrie, who adopts the persona of Robin and ultimately saves Batman from a brutal attack by the Mutant leader. Armed with a new sidekick, and re-energized with a definitive purpose, the Dark Knight returns to protect Gotham from foes new … and old. 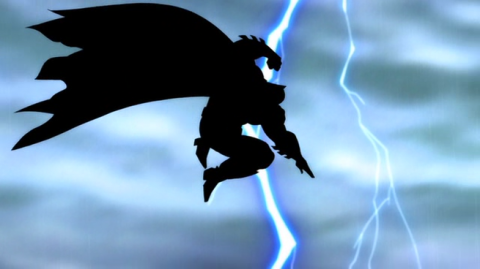 Warner animation has decided to adapt Miller’s seminal work that brought comics into the dark and gritty territory. The work has been divided into two parts, with each seventy five minute feature covering two issues of the four issue story. Faithfully capturing the overall feel of the story and design of characters, we’re presented with the best possible animated version. Much like Batman: Year One we’re brought in close proximity of Miller’s dialogue and art style while trimming the pieces that wouldn’t allow this feature to stand on its own. 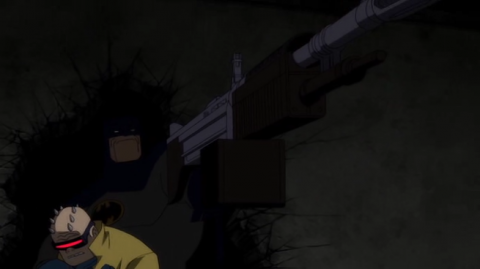 The animation style is clean lined and fluid but translates the thick bodies and stylized, over the top character designs from the original work. The mutants take center stage with their bizarre outfits and off body shapes. Batman is a mountain of a man and Robin is a slim lithe girl bouncing around. Everything is dark and foreboding; danger around every corner. Atmosphere and mood come across wonderfully. 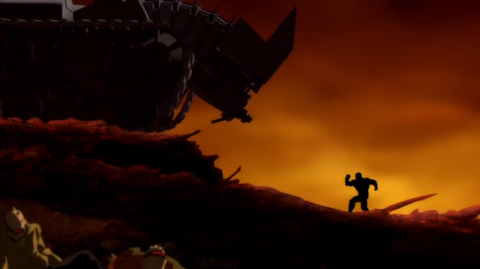 Most of the dialogue made it into the film, although we don’t get any of Batman’s thoughts. That limits detail in quote a few scenes, but that’s always a difficult item to translate from print to film.

The voice acting is well done and thorough; the material shines through the cast. Peter Weller makes a decent Batman but for the aged character I expected to hear a lower deeper voice; someone with more gravitas. 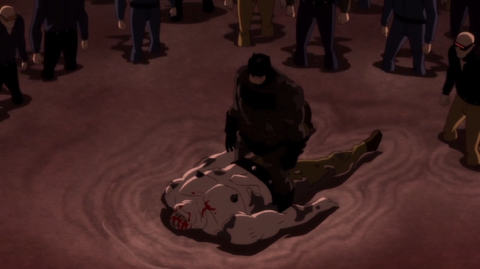 For fans of the book it’s worth noting what didn’t make it. The Joker portion of the storyline moves much slower and speaks more to the second part. No mention of Superman at all. I was disappointed to not see the scene with the general wrapped in the American flag, but they did manage to sneak in the cover of issue one; see my first screenshot.

It’s worth your time to reread the graphic novel and compare to this animated film, to see how they shortened or lengthened scenes. A lengthy drink scene between Bruce Wayne and James Gordon took half a page but here goes on for a few minutes. The television sets that dominate the comic have a different feel on the screen. Overall this feels updated while maintaining the originals key elements: character, mood, and of course action.

I can’t fathom why they commissioned new artwork for the DVD cover, especially in a style that in no way reflects the original material or the animation contained within.