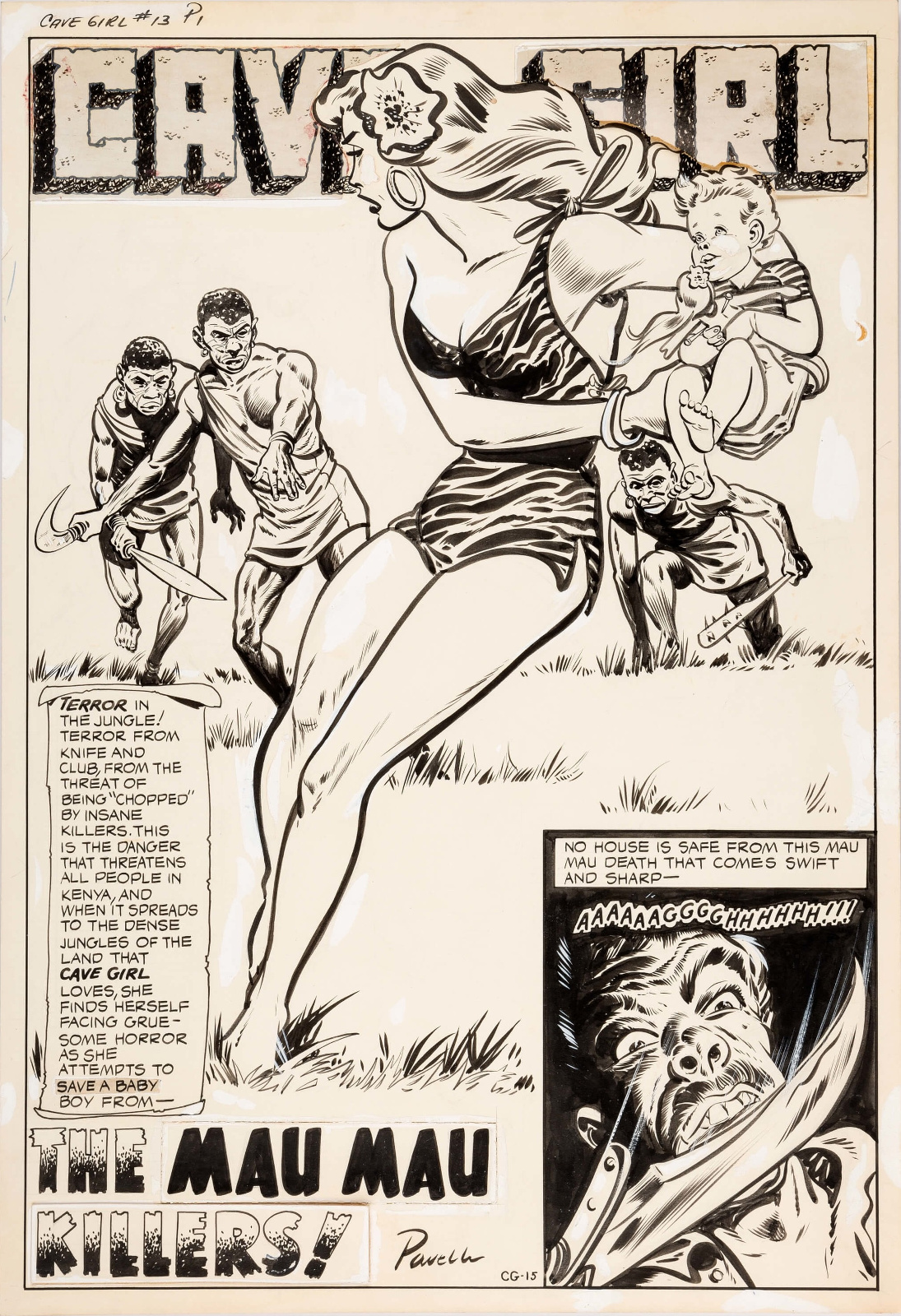 Bob Powell is an artist that just doesn’t get the credit he deserves. Very active from the 1940s to the 1960s, he produced a lot of pages. The market until this point has kept his work at much lower prices, and this is the very high end of the Powell market that’s not Batman or Daredevil.

Advantage Seller. Part of the price is for Bob Powell, part because it’s a splash page, but most of it is coming from the subject matter: a scantily clad woman running from crazed savages, with that element of promised violence. Great piece, but