The ComicLink Fall Featured Auction 2014 Original Art session ended last night. There was a large amount of items, over 650, and Featured Auctions are supposed to only have art expected to fetch $500 or more. A lot of great material was sold with some big dollars for the usual suspects. As always let’s take a look at five pieces that are on the lower end of the spectrum, or as we art buyers like to think affordable. 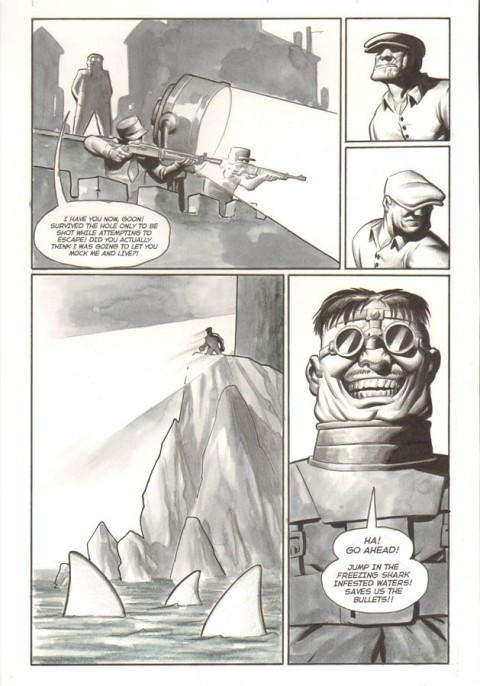 Goon issue 13 page 17 by Eric Powell, 2005, sold for $325. Source. A great two-tone page featuring the Goon. At one point this was a red-hot property, even garnering a $400,000 Kickstarter to make an animated pitch reel. Unfortunately long delays between issues has allowed the current demand to cool off.

Advantage Buyer. This is the cheapest a Goon page has gone for in an online auction. The main character appears in three of the five panels. 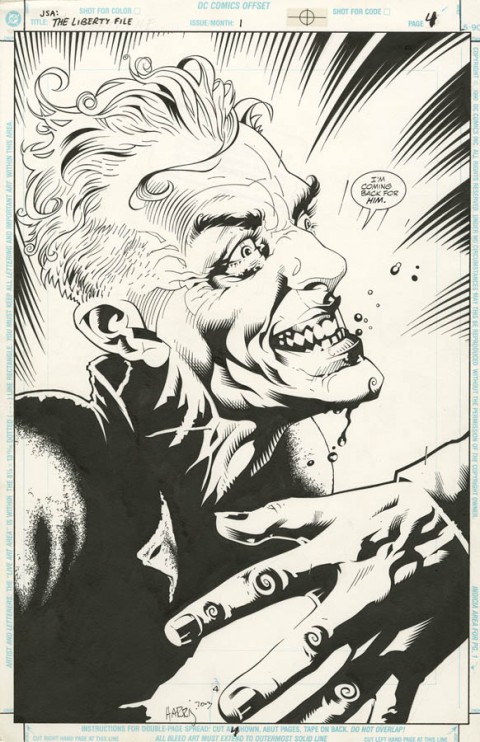 JSA: The Liberty File issue 1 page 4 by Tony Harris and Ray Snyder, 2000, sold for $200. Source. An Elseworlds story that cast golden age DC characters by the at that time very hot Tony Harris, coming off his successful Starman run. The face is so expressive, and the whorls on the knuckles are awesome. 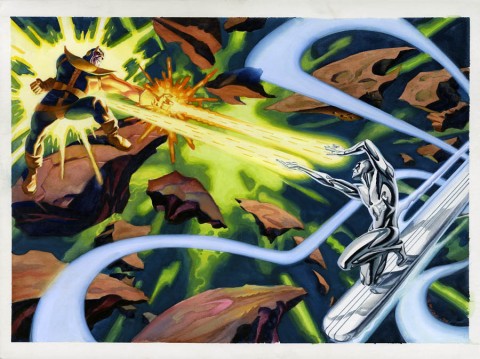 Advantage Seller. While gorgeous, this falls into the price range Rude’s published covers are currently selling for. Interest in Thanos from Marvel movie fans didn’t boost the price higher. Plus, what’s wrong with his left arm? 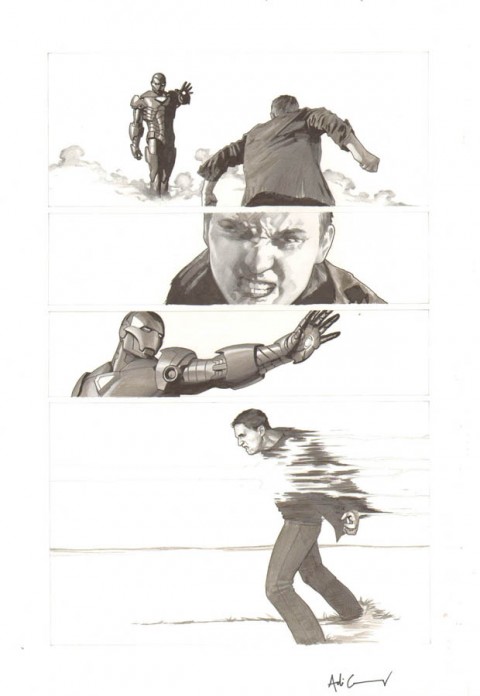 Advantage Seller. Not a lot of Granov art has hit the auction market so I could be way off on this. It’s a great action page rendered in pencil, but the paid amount may have more to do with it being from Extremis and the movie connection. 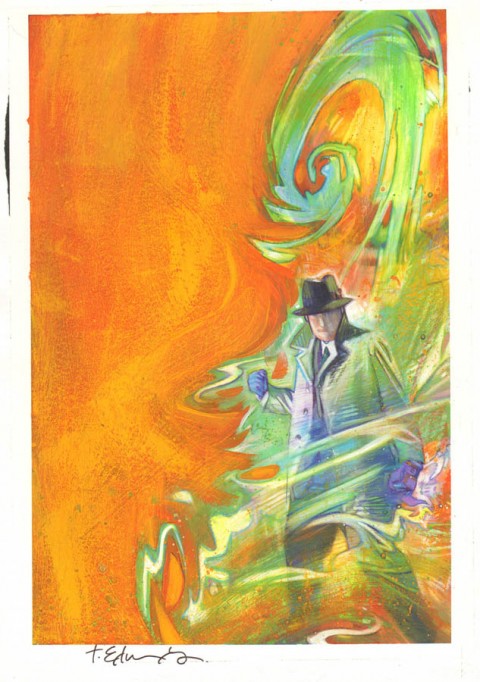 The Question issue 2 cover by Tommy Lee Edwards, 2005, sold for $700. A strong and dynamic painted cover. Will look great framed on the wall, so strong curb appeal.

Advantage Buyer. Another tough call on this piece. Tommy Lee Edwards has faded recently, and The Question is a character that can’t seem to get any traction. If either gets a break this count pay off as a solid investment, but otherwise it’s a great visual piece.