Every week Comic Book Daily asks the question and the crew (and special guests) give their answers; we’ll be doing this for 52 weeks. Tip of the hat goes to the gang at Scans Daily for the inspiration and Anthony Falcone for this week’s question. 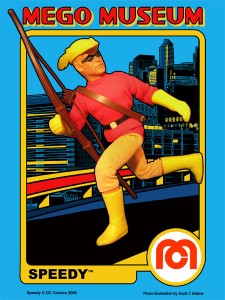 Speedy. Because his name is Speedy. But he’s Green Arrow’s sidekick, and not the Flash’s. Madness! 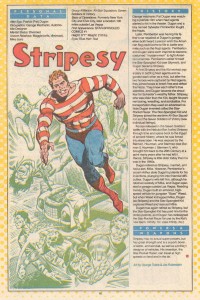 Stripesy – He was the adult sidekick to a teenage superhero Star Spangled Kid. He had a silly name. He had an even sillier costume. I can accept that a teenager gets super powers and becomes a hero, but I have a hard time believing and adult would sit there and take orders from a kid. You don’t see Robin bossing Batman around (with the exception of Damian Wayne).

The later version of Stripesy was improved, when Star Spangled was his step-daughter. This made sense for him to be a sidekick, because he was protecting his daughter. 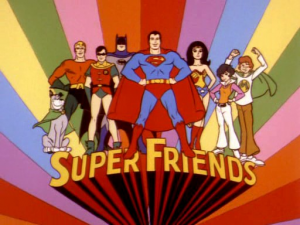 Wendy and Marvin. Totally brutal Hanna Barabara insert into the early Super-Friends cartoon. Their powers include totally sucking and having a dog that was stolen from the Jetsons. “But Anthony”, you say, “that was only in the cartoon.” Oh no, thanks to the creative team of Generation Xers desperate to recapture their youth, Marvin, Wendy and Wonderdog are now part of the DCU proper.

You know that you are a horrible sidekick when you get replaced by the Wonder Twins and a Space Monkey.

Greg: Back when I had “ins” at DC (about 16 years ago!), I pitched a Wendy & Marvin series to them. Big surprise, but they passed. However, they said it was because they had another “Wendy & Marvin” project in the works with someone else. I think that was DC’s polite way of saying “no” because I have a a couple friends that got the same responses to their various rejected proposals.

While I find the idea funny, Cheeks, Ambush Bug’s sidekick is by nature of being inanimate, has his limitations… 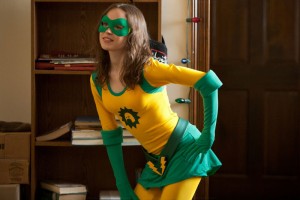 Boltie (Ellen Page) – the Crimson Bolt’s (Rainn Wilson) sidekick in the recent movie ‘Super’ has to be the worst superhero sidekick.

She did look good in her costume though…

Actually, when it comes down to it, the Crimson Bolt and The Holy Avenger (Nathan Filion) are probably some of the worst superheroes since Meteor Man… 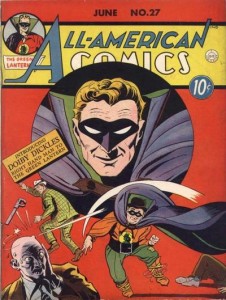 Doiby Dickles, without question.  What every serious flying, super powered crimefighter needs is a taxi driver sidekick to provide some slapstick humour.