Every week Comic Book Daily asks the question and the crew (and special guests) give their answers; we’ll be doing this for 52 weeks. Tip of the hat goes to the gang at Scans Daily for the inspiration and Anthony Falcone for this week’s question.

[box type=question]What is the best comic book weapon?  Interpret as you will.[/box] 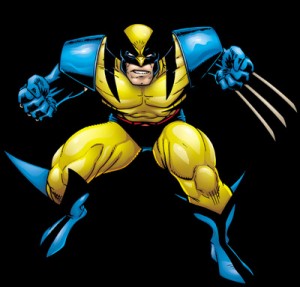 Wow, what a great question. Where do you even start? Captain America’s shield, Web-Shooters, Mjolnir, Batarangs, Daredevil’s billy club, Green Lantern’s ring, Wonder Woman’s lasso… anything Punisher would use.

But the best would be Wolverine’s claws. His claws are easily concealed. They are virtually indestructible. They can cut through almost anything. They made a really cool sound when he “pops” them… “skrrittt”.

Depending on the situation, they can be used for effect. Draw them out nice and slow, to scare someone. Pop them out fast, and go into a berserker rage.

Wolverine’s claws are the best weapon in comics. 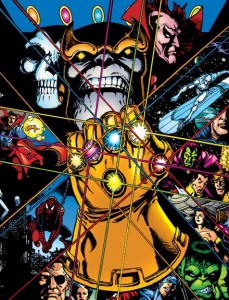 The best weapon is the Infinity Gauntlet (or if I need to be more precise, the Infinity Gems). 6 gems with mastery over the universe that give the bearer omnipotent power. Every story with them is good (except for the recent Avengers thing, 6 parts my ass Bendis) and most involve Thanos, who is the best cosmic villain in the Marvel U.

I love the Thanos Quest 2 part story where the Mad Titan gathers the gems and the Infinity Gauntlet mini-series is one of my favourites of all time.

I would suggest to all readers that you track down some Infinity Gem stories; you will not be disappointed. 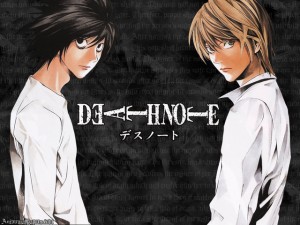 In the Marvel Universe, the Infinity Gauntlet is the ultimate weapon…and I do mean “gauntlet.”  Even without the gems, getting bitch slapped by that gauntlet would hurt like hell!

In the DC Universe, I will go with the first thing that comes to my mind.  Captain Cold’s cold gun.  The ability to freeze anything to absolute zero has to mean something.

Finally, best weapon outside of any superhero universe is the “Death Note.”  The Death Note is a notebook that belongs to a shinigami (god of death).  If you write a person’s name in the Death Note and picture the person’s face, that person will die. 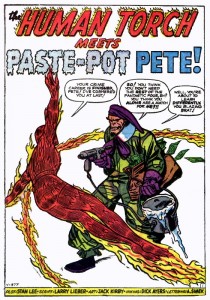 At first I read the question and immediately made a jump in my mind from best weapon equaling most powerful weapon and so I went to the Ultimate Nullifier, that badass WMD that Reed Richards was always waving in Galactus’ face.

Then I realized the question was “best” weapon, and it all came to me.  The best comic book weapon is Paste Pot Pete’s glue gun.  It’s a gun that shoots what looks like wallpaper paste at people.  Take a look at this menacing weapon in the image above: it looks like he’s hooked a paint sprayer to a kindergarten’s  supply of paste.  Can it get better?