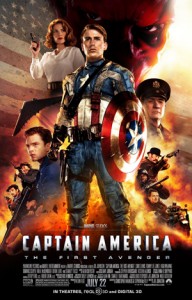 I think that comic conventions have increasingly become THE place for announcements of television shows and movies. The con helps generate good buzz and lets the industry gauge interest in certain projects. Tron Legacy was made after some preliminary interest was detected at Comic Con. This doesn’t always work; Scott Pilgrim garnered huge interest at Comic Con but made about $3 at the box office.

As for actual comic book announcements there really wasn’t much that we didn’t already know. I don’t need to see more interior pages for JLA #1 and really have no interest in some Fear Itself offshoot mini-series. Hulk and Cable #1s are nice but don’t really classify as big news. 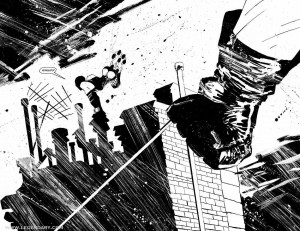 Yes, comic conventions are still relevant for announcements, especially San Diego. More and more media are covering the convention (not to mention bloggers and twitterers). G4/Attack of the Show do excellent coverage of the Con, where the coverage has become an event itself.

Some things we learned this year, weren’t a big surprise. But to the general public, who don’t follow websites (such as CBD) or forums, the announcements from SDCC on the main stream media is big news. 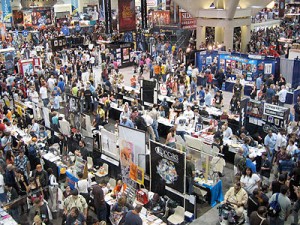 Given that that is what these big shows have largely become, media circuses and publisher sideshows, of course it is. But you don’t get major announcements at APE or TCAF. We’re into an era of at least two flavours of con, if not three. Partially it’s a matter of scale, and partially focus.

If you are trying to garner some real excitement and at the same time be able to get a true immediate reaction to news, then a huge room full of your target audience is perfect. If you happen to be lax about your security or actually share the announcement/support materials directly after online, then more’s the better. I don’t see the advantage to keeping panels/demos/trailers offline. 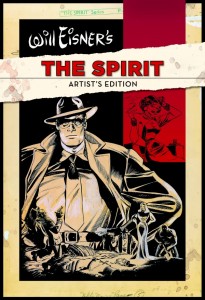 That’s where my thoughts went: online. Every major comic news outlet is a web site so we’re all able to cover any news immediately. DC made a huge splash last month when they announced DC 52 and then followed it up at SDCC in a lackluster manner. Marvel’s big announcement was a new Defenders series: seriously, that’s all they could muster? For the second year in a row IDW had the big news for comic fans.

Announcing news and getting press releases out is the most effective method of promoting new projects in the comics community and we don’t need to be physically there for it to happen. Days of planning for print is gone: we live in a society that knows things immediately.

I go to conventions to get sketches, buy books and meet creators because I’m a comic fan and need that physical connection. News I get from the internet.

Chris: I didn’t say they were doing it WELL, just that it was still a good opportunity. And you have to back it up with the online follow through. Make your big flashy showy announcement, Hell, stream it. But the sound of the audience reaction is going to be very powerful.

As long as it doesn’t flop.  Steve Jobs is very good at this. 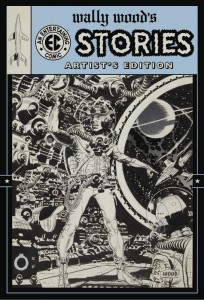 Frequently, comic book conventions are becoming the place to get unsolicited feedback on your announcements. I was at San Diego and to be honest, I caught up on what news was announced after the fact — online at Bleeding Cool, CBR, Newsarama, The Beat and so on. Do I think cons are the place for comic publishers to make announcements? Absolutely. They want immediate reaction to the news from fans, and cons are the place to get it. They know that whatever is announced will be on the internet anyway (from their PR people or from fans/fan journalists at the event) five minutes later. The whole purpose for these companies in doing these events is to get feedback on how they are doing.

What I did get, on the floor, was that DC was the buzz company because of their DCnU announcements and they were responding to the reactions of fans – I’d actually say, despite the “DC is not hiring enough women” conversations, that DC was able to spin the DCnU positively on the floor of the show and at panels. So much so that the people I talked to were very excited and positive about the relaunch. They did not need to make any new announcements, it was all about clarifying the so far unclear details on the DCnU. The idea of protests seemed like a gimmick or publicity stunt. Their booth was redesigned to feature drawing demos, which was a brilliant idea that I hope they do at more shows. They also displayed a lot of upcoming product, which was fun for attendees to see.

On the flip side, Marvel was all about movies. The Avengers stage, Chris Evans, Joss Whedon, the guy that plays Agent Coulson…. displayed props, giveaways, etc. People were not talking about Marvel books at San Diego, even the new ones they announced. They were talking about Thor, Captain America and the Avengers. The Spider-Man and Ghost Rider movie props and images were to be found elsewhere at the con, as the licenses are with other studios.

I would have to agree with Scott that the company that had the most “huh, neat” announcements was IDW, mainly because they came out of left field – we were not expecting them. If people naval-gazed IDW to the extent that they do Marvel and DC, perhaps that news might have leaked earlier – but a couple of more Artists Editions really only hits a small market of fans/collectors like Scott and I, and the Legion/Star Trek news was more humorous to me than interesting else announced in San Diego.