Back by popular demand, Comic Book Daily asks the question and the crew (and special guests) give their answers. Tip of the hat goes to Stanley Jon for this week’s question. 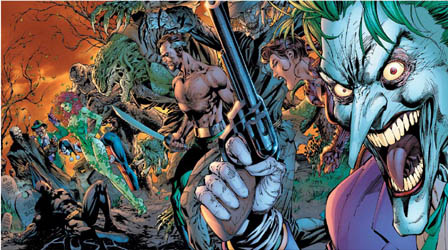 The best Super Hero rogues gallery is Batman’s. It is probably one of the largest groups of antagonists in comics (the only other large gallery I can think of is Spider-Man’s). What makes Batman’s the best is the variety of criminals he has to face. One week Batman could be facing a theme based crime (ie: Calendar Man, Riddler), the next he could be facing a psychopath (Joker, Victor Zsasz), the next could be a monster (Killer Croc, Man-Bat). This variation of criminals forces Batman to change his styles. He has to fight differently. He has to change his detective skills to solve each case. Each case is different for the Dark Knight.

Some of Batman’s villains have been around for so long, they are a household name. You could ask people, who don’t even read comic books, who is a Batman villain and you would get an answer. It is a good bet that you would hear Joker, Riddler, Penguin, Catwoman or Two-Face as an answer. Besides Spider-Man, I don’t think there are too many heroes that people, who don’t know about comics could name a hero’s villain. 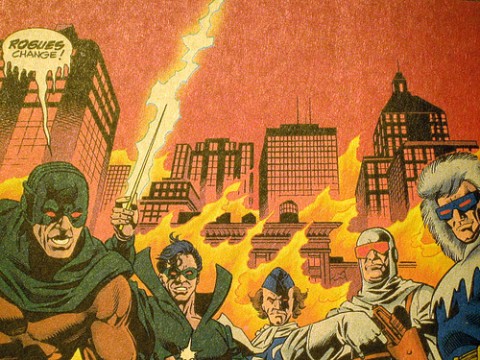 When you first say Rogue’s Gallery, I think of the Flash’s Rogues. And they are an interesting bunch, especially because they function as a group. The same goes for Spidey’s Villains and the Sinister Six. but Ed has it exactly right, Batman wins. They are some of the most complex, silly, scary, wacked out baddies there are. And it only takes the right person to take a silly villain like Calendar Man and make them a real threat.

They also as Ed pointed out, have that broad cultural appeal and knowledge. Thanks to TV and movies, and now games, some of the second and third-rate Batman nuts are commonly known. I’m looking at you Ventriloquist. And the big villains have benefited by having same of the biggest names portray them. Nicholson, Ledger and Hamill have done great things for the Joker. I loved Devito as the Penguin. Even Tommy Lee Jones, Jim Carey and Ahnold while not great, did bring major star power to their roles. Name me an actor who has played Captain Cold.

Well, let’s break it down:

Those are just examples obviously. I have to agree with the two mentioned so far, but I’d say Batman easily has the best rogues gallery. They’re the most interesting, sympathetic and engaging. Ever hero has their defining antithesis, that one character that is their opposite, but Batman has always had the strongest gallery of rogues. 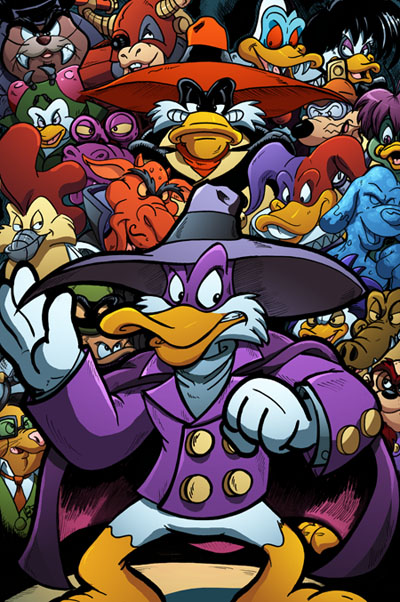 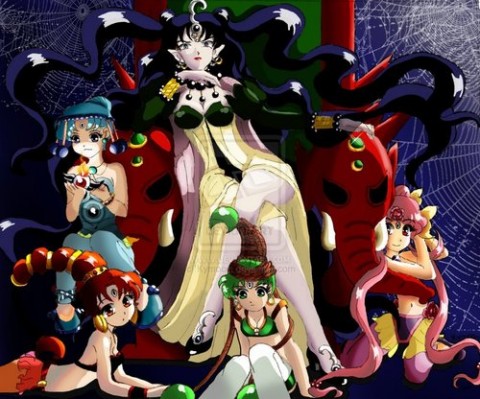 Going Japanese with Sailor Moon! All her baddies want to control the universe, talk about big goals from the Rogues. A lot of them have their own armies, which makes them even more impressive. The best of her Rogues are the bad Sailor Soldiers of the Sailor Moon Stars. They are people who were willing to kill the soldiers of their own home planets to gain the power of Sailor Soldiers themselves, but become brainwashed, while others are real Sailor Soldiers volunteered because of their fear of Sailor Galaxia, a woman so obsessed with becoming powerful and strong she allowed herself to become controlled by Chaos itself.

Sailor Moon’s Rogues gallery contains villains from across time and space, and makes for some powerful stories. Sailor Moon gets my vote for the best Rogues!

Chris: Time out! I need a judge’s ruling here, what are we discussing here, because the next answer could be Darth Vader or Skeletor. Is this superheroes? Comics? All of fandom? Cause if this is wide open, people might re-think their answers. (So going with Gargamel and Big Mouth.)

Laura: Sailor Moon was a comic first, Chris. Darkwing duck is also a comic, so both fit in. Actually, so would Darth Vader and Skeletor since there were comics of those too. And Sailor Moon and Darkwing are superheroes. 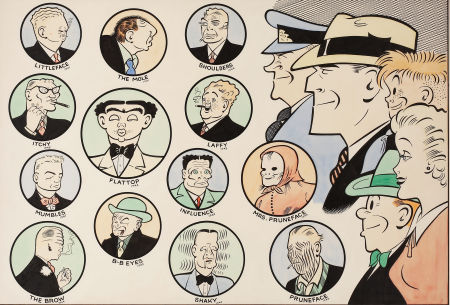 Dick Tracy has the best rogues gallery.  Just listen to the roster and be amazed! 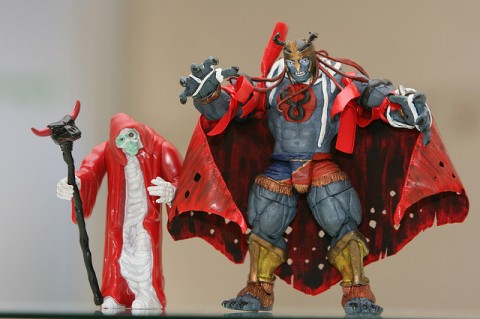 Well it’s not Thundercats – Mumm-ra the ever-living… why not stay big? Why turn into that shriveled little thing in a red cloak – with all the toilet roll?? I’d just walk around as giant Mumm-ra all the time, even to the shops for milk.

And it’s not TMNTurtles – a talking brain would need a brain. 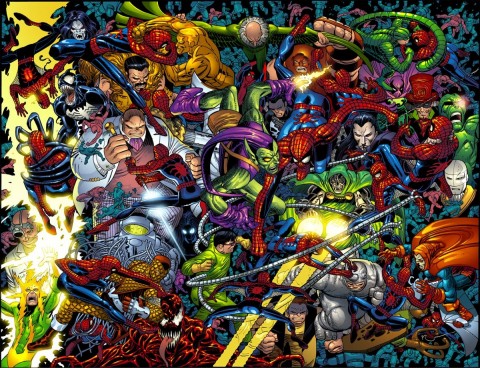 Spider-Man. Everyone says Batman because of the Adam West tv show and the fond memories attached but Spider-Man is the actual answer.

With Spidey you have the original Sinister Six line-up (Kraven, Doc Ock, Mysterio, Vulture, Electro, and Sandman) plus the Lizard, Green Gobins, Hobgoblin, Venom, Carnage, and the mafia types (Kingpin, Hammerhead, Silvermane, Rose). Sure he has some losers, but the sheer quantity of quality villains is second to none.

It isn’t even that the lower tier guys aren’t great (Zsasz is awesome), it is just that quality and actual challenge for Batman drops off pretty quick.

Think of this way: Batman just has more villains than anyone else so he has A level villains, B level, C level and so on.

Spidey has more A level villians. And that is why his rogues win the cup. 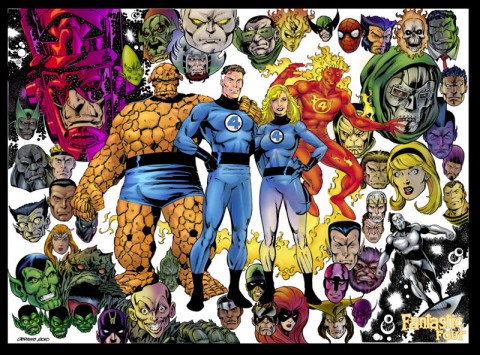 I concur with Anthony, Spider-Man has the best rogues gallery in comics, followed by Batman and then I would say the Fantastic Four follows Bats (Galactus, Dr. Doom, the Skrulls/Super-Skrull, Annihulus, Terrax, Mole Man, Namor, the Frightful Four, et al.).

Chris: See this is where I was getting into trouble. Handful of Daleks take you ALL down!

Batman is the Obvious choice, Spider-man has the most outlandish but MY choice would have to be Thor…yes I know, big surprise, Ryan picks Thor. It’s been overdone now, but the Silver age Thor vs Loki was classic, a Shakespearean take on the dysfunctional family. Odin has been more of a foe than a father to Thor with his over the top “lessons” taught to an arrogant son. I love the Stan lee stories, it was a refreshing take on the villain, for the sixties anyways. The Destroyer, Ulik, Absorbing man, Hyde, Frost Giants, Mangog, Hela, Zarko the Tomorrow man (my personal fav!!), Thanos, Enchantress, Executioner, Mephisto, Surtur, Doctor Doom, The Hulk (Yes the Hulk! They fought more than they got along!!), the list goes on and on. I can’t think of another character that has just as many “earth” enemies as Gods!! Always a fantastical tale, that would seem way too out there for any other mainstream “hero”!!

Daniel: I’d like to concede that Spidey’s villains are possibly a bit more diverse than Bats’ – equal parts thinkers AND fighters. 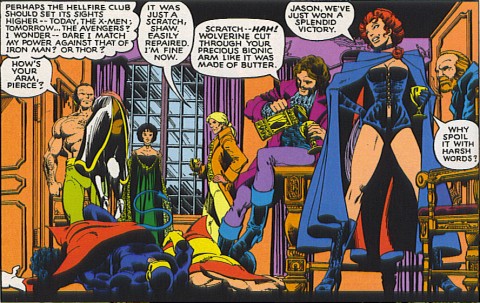 As cool as the X-Men are, I am not entirely sure their rogues gallery is up to par with Batman’s or Spider-man’s. Magneto and the Hellfire Club are interesting. After that, it’s the Sentinels? Boring! Mister Sinister? I am lukewarm on this guy.