Today’s Question: “In light of Jason Aaron’s comments about Alan Moore. Do you think it’s possible to overlook someone’s personal views and still be a fan of their work? Do you seperate the person from the artist? If so, who?” 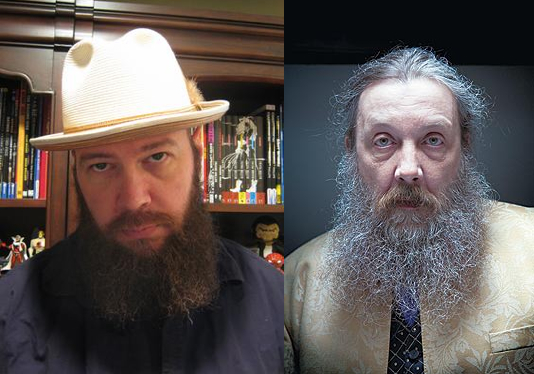 Somehow our society has become obsessed with tracking their favourite celebrities and fawning over their every word. Twitter and other social media has made it possible to know what they’re doing moment by moment.

At it’s most basic, who cares? We become fans because we enjoy a creators output, in this case comic books. In the old days you only interacted with creators at comic conventions and through published interviews: if they came across as jerks so be it, but that wouldn’t stop you from picking up their latest work.

Now we see flame wars over Twitter and ridiculous pieces like the one quoted. To be honest I couldn’t be bothered reading it: the opinions of Alan Moore or Jason Aaron have absolutely no bearing on my life’s direction. They produce entertainment that I consume. End of story.

Pete DeCourcy: But writers have become a hot commodity and a lot have views that permeate much of their work. Would you continue to purchase any of their independent creator owned work?

Scott VanderPloeg: I’m interested in their work, which for a comic book writer would be sequential fiction.  I wouldn’t pick up their book of essays. 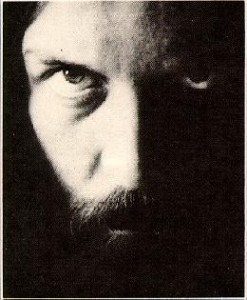 Yes, it is completely possible to separate the person from their work. I’ve met a number of creators over the years (who I shall not name) who I have not liked on a personal level (or vice/versa), and some that I have not agreed with their position on certain subjects, but I try not to let it colour my perception of their work. The work is the work – the great thing about comics is that they are completely in the “eye of the beholder”. While I may not agree with Alan Moore’s statements about the current state of the comic book industry, it does not change the fact that Moore has created some of the best written comics ever published.

I almost feel like I’m being baited here Pete. I’ve thankfully missed this latest round of bashing, but there’ve been many before and Scott has it right. Artist’s personal lives and the work they produce are not the same thing. We get some stories now about classical artists and what they may have been like, and that’s all jolly good fun, but does Picasso’s drinking habits or Chopin’s cross dressing change their work? (I made those examples up.)

Can I personally separate the artist from the work? I love Woody Allen’s work. I love Dave Sim’s work. Lot’s of people have issues with their personal lives. I enjoy watching Sleeper. I think Glamourpuss is beautiful. End of story for me.

Glamourpuss is beautiful. It had me the first issue where the artist re-created a Sarah Jessica Parker ad. That book is always teaching me about art. 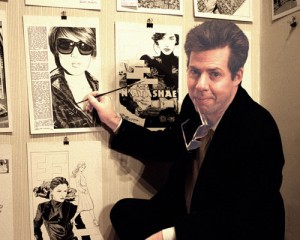 As for whether an artist can separate himself from his work I answer, only to a degree. Its called reflexively. The only way the artist can truly separate himself from the work is by recognizing ahead of time how in fact he is affected by it and by recognizing what because of those affects the artist is going to put in the work. For example – art comes from inside, its emotional. Artists need to separate those emotions sometimes to bring us the story and other times those emotions make the story more incredible. Think of how the author of Maus was affected by his parents struggle and how that ended up creating a universal story.

Regardless, this is the comic book industry and it revolves around selling books. If I don’t like the art I won’t by the book. Art is supposed to create an entire world and sometimes when bits of the artist themselves is exposed the world is more captivating, more relate-able. If you over

Yes you can, but for me, personally, it’s been difficult. An annoying meeting with Mike Allred completely turned me off of Madman. This made me at times go out of my way to NOT meet creators I liked– Dan Clowes and Peter Bagge come immediately to mind (in the 90′s I was often at events or parties where they often were too, and they were both friends-of-friends of mine. I actually never met Peter Bagge, but I did end up talking to Dan Clowes, who was very nice!). There have been other creators that, as I got to know them better, I liked their work less and less.

On the flip side, I’ve run in to the problem of meeting a creator who I ended up really liking, but I didn’t like their work! Awkward…

Oh, it matters, but only sort of. Artists (in the broad sense of the term) can create great stuff and be total jerks, but once upon a time in those halcyon days of yore we never knew that they were crazy, criminal, or just plain rude. Today we know the personalities of many of our favourite artists in any genre.

Once we know that a person is a douchebag we can’t put that genie back in the bottle. It won’t stop us from loving their old stuff, but we will approach their new stuff with a very different lens. I mean can you really enjoy any new stuff from Mel Gibson or Michael Richards?

Watchmen, Swamp Thing, and Killing Joke are classic, classic stuff. Even the ABC stuff is pretty great and I can read all of those and enjoy the experience. But the last couple of years Moore has said some things which I don’t agree with and which makes him seem like a jerk. And so when I read the latest LXG I found that my opinion of the writer had changed, and I could see his pretentious jerkiness on the page.

Now, Alan Moore has a credibility that others in the industry do not, so I think that Jason Aaron should have made his comments with more respect and less profanity (although I understand the urge). I also feel that Moore’s comments about the industry were pretty broad for Jason to feel that he, personally, had been “thrown under a bus”. He should have looked up the sales figures for the latest Moore stuff and compared it to his own. He should have talked about how crappy Lost Girls was or how Moore is a voodoo magician or whatever. He should have asked Moore to name some current stuff that he does like. I doubt very much that Alan Moore thinks that absolutely EVERYTHING today is garbage. And if he does that says something about him too for such a position

So there you go. Sound off in the comments below with your take on this issue.