The first comic I ever bought was Batman Vs Judge Dredd from 2000AD in about 1994.  I honestly wish I still had it,  the art was beautiful and the story was cool enough to claim me as a comics guy forever more.   I’ve always been naturally drawn to Batman as a character and I will always read his pages with a (probably misplaced) feeling of ownership, it’s simply where it all began for me and I’m proud to be a fan.  Having said that, I’m still (however) yet to read a Batman story… and feel completely satisfied by the end?!  so, I find myself asking:-  what is he missing?

Like so many others, I love the atmosphere in a Bat-Book.  The vividly charged, dark and theatrical nature of these unlikely band of protagonists, their mind-set and their motivations.  I love the synchronised celebration of these iconic heroes and heroines inside a perfect mixture of:-  colossal character range, a versatile and stunning setting, a loyal, expectant platform of fans and a pleasingly and un-explainable ‘x-factor’…  that only the best characters seem to have.   A perfect place for our beloved hero to act (and react) within…  for our viewing pleasure.  Long live Batman.  Until he dies again.

The very idea of a Batman and everything it stands for (in terms of crime fighting) could only ever be a short term fix for Gotham’s ever increasing issues.  A real and lasting change for the city — a city which the Batman himself  lives and breathes, a city that physically courses through his vans in a swirling mix of pride and guilt — would need to be something considerable, something revealed to reverberate long after Bruce Wayne’s final breath, something bigger than shadows and a detective skillset.   He would have to change the City forever – laying down a foundation for a promising future, not by franchising the ‘Batman’ as a global brand (disappointing), instead by concentrating his efforts on the city of Gotham herself, re-directing her on a new path, one destined for real change and a very real and bright future.

I’d love to see Bruce wake up in a wet and rainy pile on the floor (again), beaten and alone in an abandoned alleyway.  I want him to feel as though he can’t go on, like he’s given it everything – and failed miserably.  He would then realise he can’t do this forever (familiar, sure).  He can no longer, simply snub out the burning fuse of Gotham’s evil dynamite temporarily – he must remove all dynamite from existence at all, cutting all the ‘crazy’ off… at the burning sauce.

He would naturally need to…
1. Regroup – what does he really need – to do this job? a practical vehicle that can be used on actual roads – in daylight if necessary, a few choice weapons/tools on his person and built into the new, more practical vehicle.  How can he harness the best new technology to enhance his efforts in a media fuelled world?!  The new52 Batman  is the perfect excuse to re-design his ‘toolbox’.  I want it real, modern and simple please… and cool.

2. Reconnaissance – Military style search for useful and current Intel in the field – and a Geological examination or survey of the general characteristics of the region.  How does Gotham look and feel from a great height and where are the week spots – what can be done physically to improve it?

3. Real change, Real future…  Real Republic – make a lasting change in Gotham.   She should become a Sovereign City State  like Monaco or the Vatican City but, with a walled perimeter and an independent government elected by her people.  Inhabitants would need their own Gotham passport and the border would be secure but, inviting.  She (Gotham) could co-operate with the supporting regions associated by their own choices and linked with common objectives and interests (Metropolis, Central City etc.).   Would a military presence help or hinder the cause?

After a successful election of an honest, fair and strong head of State (Gordon should be eligible) – and the signing of a Treaty, the story could progress into a political struggle against itself – and Batman could develop and exist inside a modern Gotham – and if so, is Bruce Wayne proud of what he’s done to his beloved Gotham? or does it ultimately make him feel miserable and empty?!  OR… do the dark inhabitants of Gotham City rise against the changes – and destroy an evolving and vulnerable Gotham into an irretrievable mess… providing our hero with a path back to what he does best.  Either way, I want this story.

How a Batman would fit into our new world could  be really interesting, how will he evolve with us?   In our world The Republic  is a Socratic dialogue written by Plato around 380 BC concerning the definition of justice and the order of a just City-State… and the just man.

He didn’t however, have a utility belt… schoolboy error Plato. 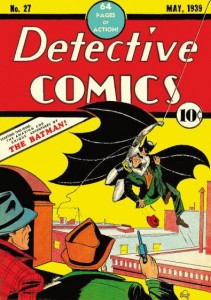