DATE LINE: GOTHAM CITY- Motion Picture powerhouse Michael Uslan –the producer of the “Dark Knight” Trilogy– will be the writer for the comic book SHADOW/GREEN HORNET: DARK KNIGHTS for Dynamite Entertainment. This announcement was greeted with great joy by the entire community of comic book writers, because there just aren’t enough movie scripters, directors, and actors penning comics…now we’re going to get PRODUCERS in on the act.

DATELINE: HALL OF JUSTICE-  In other Batman-ish news, CHRISTIAN BALE has confirmed that he will NOT play the Caped Crusader in any JUSTICE LEAGUE film. Bale has long stated that the only thing he would return for would be a fourth DARK KNIGHT movie, only if CHRISTOPHER NOLAN was involved. Response has been immediate.

VAL KILMER quickly stated: “I wouldn’t mind another crack at the role.”

To which ADAM WEST responded: “You can kiss my ass, Kilmer! You’ll have to pry that cowl from my cold, dead fingers!”

DATELINE: HOLLYWOOD-  Ever since announcing on his Facebook page that Marvel had requested a meeting with him, Vin Diesel’s name has been batted around in every nook and cranny of the Internet. Some have speculated he is being sought to play Thanos in the AVENGERS 2. Some have guessed Vision. But, one of leading bookmakers in Las Vegas has posted a Favorites Board, listing the odds for possible roles: 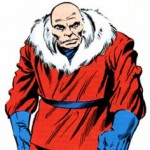 MOONDRAGON: 3-to-2 (“You would have to do a lot of CGI to give him that pair of full, round, luscious…earrings.”)