Brian Hibbs has his latest Tilting At Windmills column up at CBR and while it’s a discussion of DC’s Villains month he dedicates the first half of the article to discussing customers and their buying habits. It’s an interesting read but I wanted to focus on one portion. 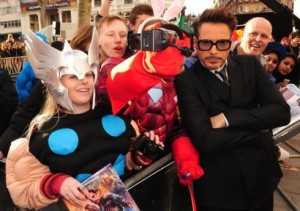 Yet, to the best of my ability to tell, the large majority of my customers do not engage daily with comics news sites, with the larger “comics culture” on the internet — in fact, the majority of their regular interactions with comics are coming into my store and seeing what is there on the rack that week. They may have some vague awareness of major events, or what the market has judged “hot,” but not in the way that you or I do — but, more importantly, I don’t see any particular evidence that they need or want to be any more engaged than they are. They come in, they buy their comics, they enjoy their comics, they come back in next time, that’s the end of it. That’s fine and noble. Honestly, it is probably a better way to enjoy comics than the obsessive living with it that you and I do, y’know?

And that nails it right on the head: the average comics customer who buys “overground” or mainstream comics decides what to buy based on existing buying habits and what looks good on the rack that day. You’re not going to convert them to underground comics, small publishers or foreign graphic novels. They stop by every so often, scan the books and get what they’ve come to get.

To me that means the comics news sites should dedicate themselves to promoting smaller publishers and their works, since those who read these sites are deep into the culture and already know what Marvel and DC are up to but perhaps don’t realize what Humanoids or Fantagraphics are publishing. In other words mainstream comics don’t need reviews: regulars are buying them anyway and people know what to expect.