Before I begin, I know that this should go without saying (given that this is a comic book website), but I’m going to make it explicit: this discussion concerns comic art and censorship. 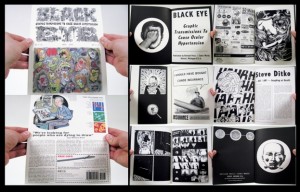 On their way to TCAF, Tom Neely and Dylan Williams brought over some books that they didn’t have time to ship beforehand. Prepared with what they thought was the correct documentation, they entered the country and went through Canadian Customs who seized two books: Black Eye (an anthology of comics that Neely contributed to) and Young Lions (a graphic novel by Blaise Larmee). Rather than rehash the whole torrid affair, I direct you to several articles on the subject from the Comic Book Legal Defense Fund (CBLDF), Comics Alliance, Robot 6 over at Comic Book Resources, and, finally, one from Quill and Quire. Personally, I found the one from CBLDF the most informative. 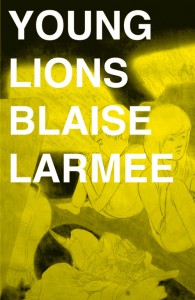 Now, in case you haven’t heard my rant on the subject earlier, I’m not the biggest fan of censorship. I think it does more harm than good and that it is – as I will discuss shortly – is unequally applied depending upon one’s relative political power in society.

I also don’t think that Canadian Customs Officials should be the moral watchdogs of what materials are appropriate for Canadians to consume.

Fascinated by Canada Customs’ brand of censorship since I first saw the CBC documentary/Passionate Eye called Little Sister vs Big Brother, researching this article led me down a rather suspicious rabbit hole and I started reading more on censorship in Canada.

CBSA has discretionary authority – based off of the Schedule to the Customs Tariff (this is the category of goods found under tariff item 9899.00.00 and includes books, printed paper, drawings, paintings, prints, or representations of any kind) – to seize any material at the border that is suspected of constituting obscenity as it appears in the Criminal Code of Canada. These materials are then sent to Ottawa, where it is then vetted by a person or persons to determine if this is actually the case. There are a set of indicators set out in this document that will flag the material as obscene:

Depictions and/or descriptions of:

(a) Sex with degradation or dehumanisation, if the risk of harm is substantial, e.g.
(i) actual or implied urination, defecation or vomit onto or into another person, and/or the ingestion of someone else’s
urine, feces or vomit, with a sexual purpose, excluding consensual urine onto another person;
(ii) ridicule and/or humiliation
(b) Sex with pain
(c) Sexual assault
(d) Sex with violence
(e) The taking of a human life for the purpose of sexual arousal
(f) Incest
(g) Bestiality
(h) Necrophilia

Note: Depictions and descriptions of sexual activities involving children and/or juveniles (persons under the age of 18) will generally constitute child pornography.

By the way, the onus is on the importer to prove the material is not obscene and not those who actually decide whether or not it is.

While the CBSA has a handy set of indicators to determine whether or not the material is obscene, the  litmus test of whether or not this material should be allowed to cross the border into Canada (they can flag questionable material and send it to Ottawa for further examination but they do not have the authority to label it as “obscene”) is ultimately determined by Section 163(8) of the Criminal Code of Canada, which states:

For the purposes of this Act, any publication a dominant characteristic of which is the undue exploitation of sex, or of sex and any one or more of the following subjects, namely, crime, horror, cruelty and violence, shall be deemed to be obscene.

In essence, it all comes down to the following (emphasis is mine):

I shall not today attempt to further define the kinds of material I understand to be embraced within that shorthand description [“hardcore pornography”]; and perhaps I could never succeed in intelligibly doing so. But I know it when I see it.

These are the immortal words of Justice Potter Stewart in 1964 who, in an attempt to describe his threshold test for what exactly hardcore pornography was, attempted (and failed) to categorize something that is – ultimately – a subjective decision, regardless of whatever indicators have been codified by the CBSA. It’s ultimately a subjective decision and one that probably never would have come into play had Neely and Williams not been bringing the material up here to sell as the subject generally doesn’t come up over the course of being questioned by CBSA Agents coming into Canada. 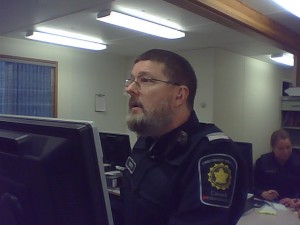 I should also note that the Criminal Code differentiates between obscene material and child pornography; so any material that is deemed “obscene” (and is subject to scrutiny by CBSA Agents) refers to materials that feature depictions of those who are ostensibly consenting adults.

On the one hand, the lack of agreed upon definition – the very impreciseness of what obscenity actually is – is a good thing. Its flexibility allows it to shift and change as society’s acceptance of explicit material changes. On the other hand, this very impreciseness is what gives Canada Customs the right to confiscate anything remotely resembling questionable material.

Frankly, I think that the definition of obscenity – as per the Criminal Code of Canada – is a little too conservative, but I have to remember that the definition of obscenity is not a personal decision; rather, it`s based off of a community standard and whether or not the community would tolerate the presentation, publication, and distribution of such material to other Canadians.

However, whether or not the community standard is appropriate is another matter entirely. In 2005, the Supreme Court of Canada handed down a 7-2 decision (regarding swingers’ clubs and whether or not they are indecent and fit the definition of a “bawdy house”) that explicitly stated that consensual public or group sex is not indecent so long as it isn’t seen by those who don’t want to see it. In other words, it should be the harm caused by the activity, rather than these ephemeral “community standards” – given the difficulty of allowing judges, lawyers, or police alone to determine what those are – that should be the ultimate test for indecency. As the Justices wrote in the decision for R. v. Labaye:

Consensual conduct behind code-locked doors can hardly be supposed to jeopardize a society as vigorous and tolerant as Canadian Society.

If Canada is as vigorous and tolerant as this decision states, then the question remains: whose community standards? Is it the community by which that material will be consumed? Black Eye harkens back to the Underground Comix of the late 1960s and 1970s and those who would consume this material would be well aware of the socio-cultural history informing any interpretation of this work. However, for people who don’t have that knowledge of history, there is something lost in translation along the way. Another example is CBSA Official’s tendency to lump all manga into the hentai category, regardless of being published in North America and having a very explicit age rating, because “That’s the stuff from Japan; there is some really obscene and filthy stuff.” Yes, there is. However, this reductionary and overly simplistic assessment of a medium that, in Japan alone, has a market worth hundreds of billion yen. That’s kind of like me saying that every single comic book is nothing more than superhero stories targeted at eight-year-old boys.

The reason why I question this whole “community standards” thing is because it’s very clear that CBSA does not screen everything equally and without discrimination. For example, the vast majority (70%) of all CBSA seizures are LGBT materials, (editor’s note: LGBT is lesbian, gay, bisexual and transgender) which included, back in the 1980s, educational material on HIV/AIDS. Little Sister’s Bookstore in Vancouver, the small LGBT bookstore that challenged Canada Customs’ homophobic decisions for 20 years (until they had to abandon the crusade in 2005 as they no longer have the financial means to do so), initially brought attention to this particularly heinous (not to mention blatantly homophobic) example of systemic discrimination. Jim Deva (co-owner of Little Sister’s) noted that, due to the cost of challenging CBSA:

No one is watching over Canada Customs in the decisions they make. And if indeed we are not the watchdog, then there is no one watching. […] We strongly believe that the government should not be making decisions about what Canadians should read and view.

Ultimately, the question comes down to harm. Which is another can of worms entirely.

By the way, this isn’t just a Canadian thing. The CBLDF has reported that US Customs Agents are confiscating computers due to questionable content. I’d highly recommend reading this document if you’re traveling abroad, especially if you’re doing so with comics.

For more information on censorship in Canada, I direct you to this handy resource.

Shelley Smarz is a comic book scholar and is currently questioning her decision to go to business school rather than law school. Given the passion with which she attacked this topic, she thinks she may have made the wrong decision.