Last week in your column with the videos of all the DC characters commenting on who they would like to see wiped out in the Convergence event, you mentioned that in this week’s column you were going to offer up your opinion on Convergence. Why do you think I should even care what you think? Who the hell do you think you are?

I am so glad you asked.

The persona of Doc Curmudgeon is closely connected to DC’s New 52. As a matter of fact, they share an origin story. 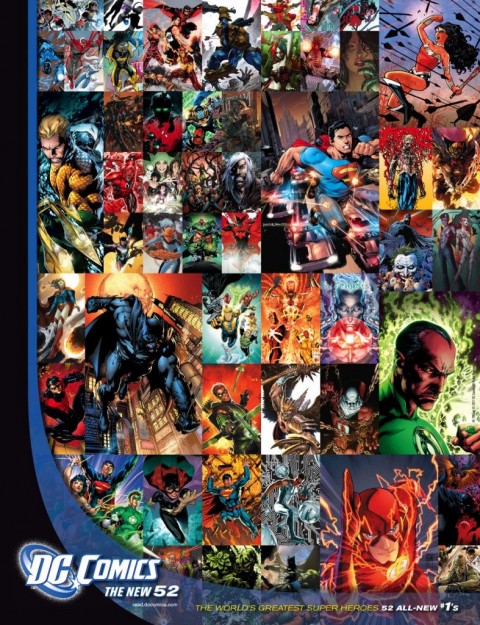 My first column came about because of the launch of DC’s New 52.

The launch hit at a time when my interest in DC comics was waning drastically. (You know how serious this is because that is the first time I think I have ever used the word “waning”.)

I decided I was going to buy ALL first issues of the New 52, and review them, simultaneously deciding which of the new titles I would could continue to buy, if any. That review was my first posting at SomeOtherComicBookWebsiteThatEndedUpCastingMeOffUnceremoniously.com. That led to the opportunity to settle in to my home here at Comic Book Daily –a highly superior site, IMHO.

I was not overwhelmingly impressed with the New 52, but it  was not a terrible scorecard when all was said and done. I felt it was mostly a giant missed opportunity on DC’s part to present a vastly revamped, fresher comic book universe. A few changes occurred (collars on uniforms…yay?). Not surprisingly, though, the best books were already their best books!  Justice League, Superman, Wonder Woman, etc, were the comics that had obviously gotten the most attention and had even more obviously had the most creativity poured into them.

There were some real dogs. Remember “Batwing”, “Hawk and Dove”,  “Legion Lost”, “I,Vampire”? Well, of course you don’t! They were, by definition, amazingly forgettable. 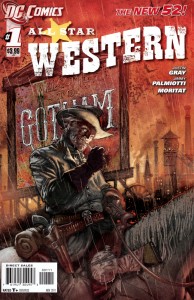 There were also some wonderful books that were rather unexpected: “All-Star Western”, “Red Hood and the Outlaws”, “Stormwatch”, “Justice League Dark”.

To make a golf analogy, the initial launch of the New 52 was shooting par on 18 holes.

That initial launch of 52 titles was called the First Wave. There have been Eight Waves since then. Nine Waves…in four years 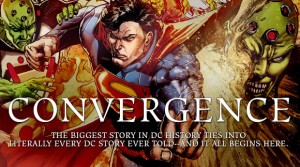 And now, comes Convergence. Apparently, yet another revamping, rethinking, reshuffling of the DC Universe. So, in honor of that first Doc Curmudgeon outing, I have purchased and read every one of the Convergence titles released up to, and including this week.

If you fled the country and have been on the run for the last six months, I may need to tell you the idea behind Convergence. Remember Marvel’s Secret Wars? From 1984? 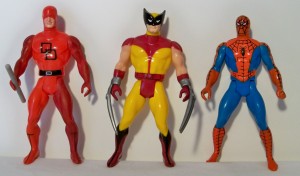 In an effort to sell toys, Marvel came out with Secret Wars, where heroes and villains were gathered together and did battle with each other. Jump ahead 31 years and switch from Marvel to DC…and you have Convergence.

At least that’s the intended premise. If they had stuck with that, Convergence could have been a lot of fun. But they didn’t. 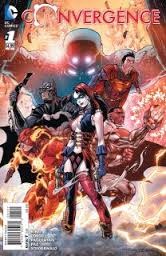 Let me clarify one thing: the actual “Convergence” books, written by Jeff King are holes-in-one.  King has the tough job of taking on this not-so-fresh concept and making it compelling. The antagonist has a unique motivation for his actions. And King really knows how to use dialogue to shape characters and shade the action. In the first issue you get a genuine sense of peril involving Superman. That’s not easy to do.

But then came all the tie-in books. The “Event” titles. 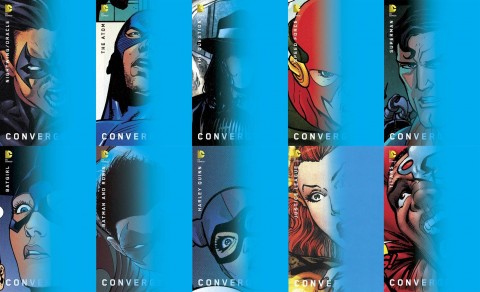 Much like the First Wave of the New 52, the “Big Gun” books come across pretty well. They obviously assigned their best writers and artists to their front-runner books: Dan Jurgens and Lee Weeks on “Superman”, Gail Simone, Jan Duursema & Dan Parsons on “Nightwing/Oracle”, Marv Wolfman, Roberto Viacava and Andy Owens on “Adventures of Superman”, Larry Hama and Joshua Middleton on “Wonder Woman”, Tim Truman, Enrique Alcatena and Jeff Parker on “Hawkman” (Okay. Maybe not a front-runner, but certainly a front-flapper). I would score these and a couple of other titles in the first three weeks as ‘Birdies’…See what I did there? “Hawkman”? Birdies?….Never mind.

But there are bogeys, double-bogeys, triple bogeys, and some that they shanked off into the woods never to be found. And at least one of the titles is so bad, the people involved should have chucked their bag of clubs into the nearest water trap and never played the game again. (Yeah, I’m talking to YOU, “Atom”. Your plot made no sense, your dialogue was asinine and your art was remarkably ineffective. If that had been the first Convergence title I had read, this grand experiment in writing would never have happened because I would have headed back down to the comic shop and returned all the other titles.)

Each tie-in book is saddled with the exact same scene, usually towards the middle of the book: The Big Bad Guy Telos (wasn’t he the big goldfish-looking dude in Legion?) using the universe’s most powerful PA system to announce that people are going to have to fight each other to determine whose reality is going to survive, hence the comparison to “Secret Wars”.

Let me repeat, I have no problem with that. It would have been neat to see. Lots of action, great visuals.  But we didn’t see that. We see very little.

For the most part we are presented with characters we know, but don’t recognize. They don’t act like, sound like, or look like the people we know.

On average, the writing is decent. Some of it is terrific, but some of the really poorly done stuff drags that average down considerably.

It’s the art. These bad Convergence tie-ins have some of the worst art I have ever seen in so-called Event comics. A lot of them look like try-out books. Is DC auditioning new artists?

Was Convergence merely created so the really good artists could have a couple of months off?

It’s as if DC got tired of people griping and complaining about their Annuals every year, so they gave them some of these books. Sort of like your Dad saying: “I’ll give you something to REALLY cry about!” The big difference is, those annuals don’t have any impact on continuity. For the most part they are separate from the action in the monthly books. Usually there is nothing special about them.

It’s a shame DC didn’t care. Oh a few of them, yes. The ones I mentioned earlier and a couple of others. But there are many that got no TLC whatsoever.

Convergence may pull out of the nose dive. Hell, they still have five weeks left. They could right the ship.

But I won’t know about it because I’m not buying any more of them.

I’ll just wait for the last Multiversity and then re-read all those.

(By the way, Marvel, don’t think we hadn’t noticed that Secret Wars 2015, sounds suspiciously like “Crisis On Infinite Earths”. You guys have got to stop going to lunch together) 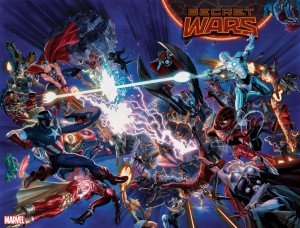