How the (redacted) are you, you old horse’s (redacted)?

I’m taking a big risk here, violating S.H.I.E.L.D. Executive Order # (redacted), but I have a lot of respect for you, especially since you and I (redacted) that Ukranian (redacted) in the escape pod of (redacted).

So…how are we doing?

Better, Phil. Much, much better. 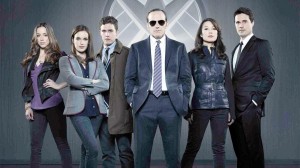 Somebody gave ‘Agents of S.H.I.E.L.D’ the Urban Meyer treatment. Urban Meyer is a great college football coach. When their teams have a rough first half, great football coaches have the ability to make corrections at half time.

Your somebody knew that the first season of ‘AofS’ was good, but not amazing. There were a lot of flashes of ‘amazing’, but to be fair, before you even premiered, fans were so amped up about the show that anything less than an 11 on the Amaze-o-meter was going to be a let down.

If you think about it, though, you folks were at a distinct disadvantage. The Marvel game plan for its movie franchises has been brilliant. The Thor movies are Fantasy-oriented. The Captain America’s veer towards Political Thrillers. Guardians of the Galaxy lean in the Space Opera direction. All of them based on pretty clear-cut spins from their parent comic books.

But S.H.I.E.L.D. hasn’t really headlined in a book since Jim Steranko had Nick Fury rolling around on polar bearskin rugs with a (strategically-blocked) naked Contessa Valentina. 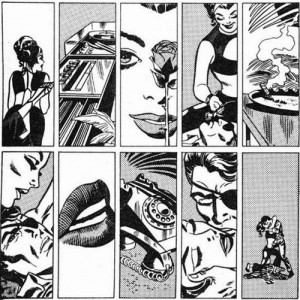 For decades, S.H.I.E.L.D. has served as a storytelling placeholder for any Marvel writer who needed a military/police/armed force. In one book, you guys were neo-fascists bent on taking over the government. In another you served the same purpose as the poor schmoes who showed up at the end of every James Bond movie, whose only purpose in life was to be  mowed down by SPECTRE or SMERSH while 007 got his ass kicked by some steroid-soaked henchman.

So who can blame you for not know what you were? Part spy thriller, part super-hero tale, part soap opera, part mystery, etc. The ingredients were all there. you just needed to get the proportions right.

Somewhere between Episode 1.22 (‘Beginning of the End’) and Episode 2.1 (Shadows) your somebody perfected the recipe.

They realized that the mystery of Coulson’s resurrection was not such a compelling mystery, because we didn’t care how he came back. We were all so happy that he did! The mystery about Skye was just a little more compelling, but the new mystery about the alien writing is terrific. 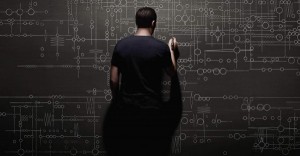 That special somebody also tweaked the romance/ action differential. Skye was crushing on Ward. Ward was crushing on May. May was schtupping Ward but has some kind of jones for Coulson. Fitz and Simmons were…well, Dr. Phil couldn’t figure that one out. Season Two has jettisoned a lot of the mushy stuff and upped the AKQ (Ass Kicking Quotient). The addition of Mockingbird –oh, I’m sorry– Bobbi Morse, was a masterstroke. I love the fact that the two biggest bad-asses on this team are women. 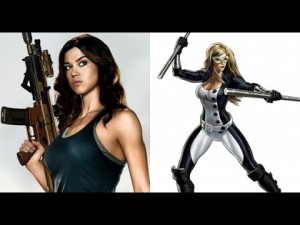 But my favorite addition: Nick Blood as Agent Lance Hunter. Every team needs a smart-ass. I speak from personal experience. His relationship with Bobbi Morse is a blast. Oh, and apparently every American TV show is required to have at least one Brit actor. (See? I just proved my status as a ‘smart-ass) 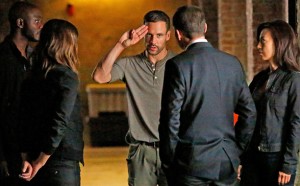 You were also guilty of just a wee bit of bet-hedging. Look, I get it. Comics have become the foundation of the hottest genre going. There are more comic book-based movies and television shows that ever and this Genesis Wave of pop culture renaissance is just starting to swell. But this was Marvel’s first network series since, what, ‘Incredible Hulk’ in 1978? You wanted your initial post-Ferrigno show to be a hit. So maybe, just maybe you backed off the comic book-ness of ‘AofS’ just a smidge.

Your somebody has made that course correction as well and that has been the difference maker.

All of the other superhero movies and television shows were not really all-in on the comic book sensibilities. Even the best and most popular felt like comic characters and situations being shoe-horned into another kind of movie. 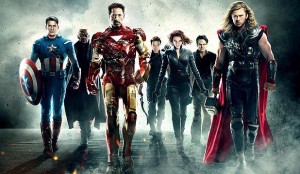 But ‘Avengers’? ‘Avengers’ was all ours. Easter eggs were not just Easter eggs. They were integral parts of the story. Now, ‘AofS’ is that way too. During every commercial break, you can almost hear ten million computers clicking over to Wikipedia to look up ‘Bakshi”, “Whitehall’ and ‘Dum Dum Dugan’.

My guess is your somebody is Joss Whedon. Maybe it’s Jed Whedon, or Maurissa Tancharoen, or Jeffrey Bell, or Monica Breen, or Paul Zbyszewski or all of them plus the other writers. Maybe the directors.

P.S.  Elizabeth Henstridge (Simmons) RT’ed one of my Tweets…

So, I guess that makes me cool.