My sources tell me that this week, DC Comics will be featuring half page ads, sharing those pages with continuity. Great idea! Are you ready, skee-daddy?

I think it’s a ginormous testament to the importance of this column that our fake e-mailers are posing as celebrities as big as Jim Cramer, so I will happily give my opinion.

I do think it will have an impact. Any story-based art form relies on audience involvement. Samuel Taylor Coleridge called it “Willing Suspension of Disbelief”. That’s when an audience member (reader, consumer, etc.) wants so much to be part of the story they are reading or consuming or etcetera-ing, that they allow themselves to be pulled into that story. Look at me, Mr. Fancy-Pants laying a little S.T.C. up side o’ your head!

It’s why some playwrights stipulate that their works have to be done with no intermission. Intermission is a break and you have to work that much harder to get them back into your “reality” in the next act.

…And continue it in the first panel of the next page.

Whaddaya know? It really does work.

Remember, print ads are designed to attract your attention. It’s their entire reason for being. You think publishers are making buttloads of moolah off the cover price? Negatory, good buddy. They gotta sell those ads.

No, I have bigger fears than intrusiveness when it comes to ads in comics. As a matter of fact, I have ten of them. Listed here in a ten-point list I like to call:

Number Ten: The other member of 98 Degrees are going to want their own ads 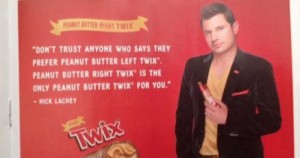 Number Nine: There will be mass confusion due to all those people who can’t tell the difference between Howard the Duck and the AFLAC Duck (Hint: AFLAC Duck is Occasionally funny)

Number Eight: In today’s Economy, a trunk full of Army Men would cost thousands of dollars! 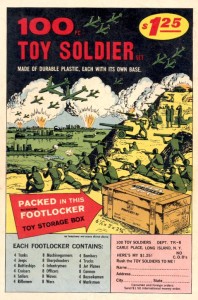 Number Seven: The mind boggles at the idea of a Cialis ad with Clark Kent and Lois Lane in side-by-side bathtubs, holding hands, on a cliff, over-looking the ocean.

Number Six: The comeback of those hideous Hostess Ads. We can’t survive the return of the Phoomie Goonies 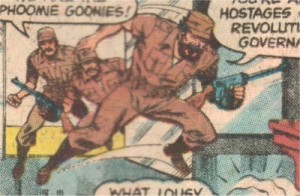 Number Five: That moment when the CW buys ads for Arrow and the Flash, to run in books featuring Hawkeye and Quicksilver. Mass Hysteria! 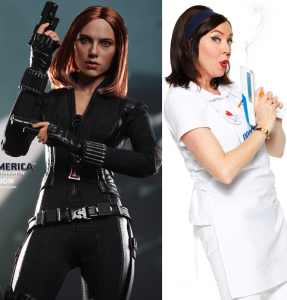 Number Two- Looking at an ad for Farmers Insurance, unable to figure out why J. Jonah Jameson shaved off his moustache. 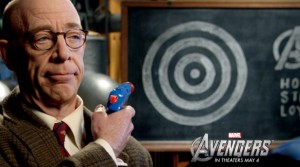 And Number One: Having to repeat my Junior High Heartbreak of finding out the hard way, that X-Ray Specs don’t really work 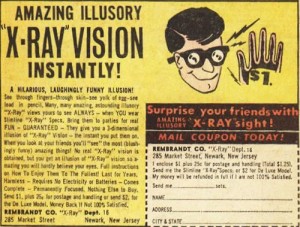