It’s too much! It’s just too much! All these new comic-based television shows! And they’ve already announced new ones for next season? They are going to oversaturate the market, burn out the audience and kill the genre! Doc. Use your considerable power and far-reaching connections to warn them!!

I miss hanging with you, old buddy. I remember whenever we went out…the people would always shout.. “Hey! John Jacob Jingleheimer Schmidt!”

So because of that connection (and because Twitter is all… well, a-twitter with the same concerns) allow me to provide a logical, scholarly, well thought-out response to your query.

Don’t be a freakin’ moron.

Let’s make a comparison to probably one of the greatest, most successful genres in the history of television: The Western. Outside of the Cop genre (and that more because of longevity than abundance), the Western was the most prolific form in all of television. 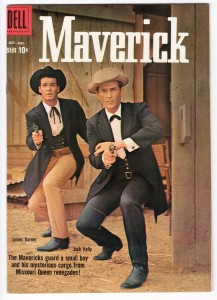 It dominated the primetime television landscape early on. These were fairly simple morality tales with certain commonalities: The heroes operated under a fairly strict code of honor, where justice was usually meted out personally, not depending on a legal system. Good guys fought bad guys, and always came out on the winning side of a smoking gun barrel. They had names like  ‘Maverick’, ‘Bronco’, ‘Sugarfoot’, ‘Cartwright’, ‘Dillon’. These were men of action, not words. They didn’t brag, didn’t boast, and if there was any smack-talk it was usually some owlhoot getting smacked for doing too much talking. 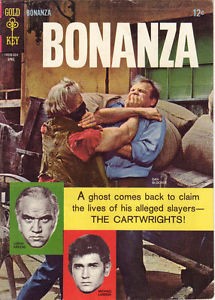 Respected Western novelist Frank Gruber speculated there were seven plots in the Western: 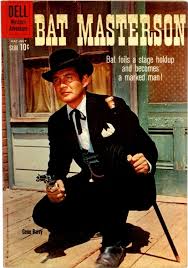 TV Westerns really hit their peak in 1959 when there were 28, count ‘em 28 prime-time Western series. Doesn’t sound like much? Au contraire, mon frere. You have to put it into context.

There were only three networks back then. No Syfy. No USA. No Cartoon Network. Three networks. And in the season of 1959-60, there were 109 different TV series over the course of the season.

More than 25% of them were Westerns. 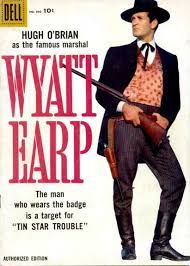 For a little more than a decade, the Western was the go-to genre on our Philcos. Towards the end of the 1960’s, they went away.

Okay, so they never really went away. Not completely. They would pop up every so often in different forms (‘Kung Fu’) and in different formats (‘Lonesome Dove’), and even today, there are still Westerns on TV: ‘Hell On Wheels’, ‘Longmire’. And elements of the Western, the attitudes and characters of the Western show up all the time. Be honest: ‘Firefly’ was a western with knit hats and intergalactic cannibals.

But that ten year period was the high-water mark… and it was a hell of a run.

Let’s crunch a few numbers and see if we can come to a conclusion and maybe give you some peace of mind, J.J.J.S.

Last year, the Nielsen Company reported that the average American had access to 189 cable channels. But to have a workable number, let’s slice that down to 17 channels, which Nielsen says that same Av-Am actually watches with any regularity. On the average, there are four shows per channel in traditional prime-time, between half-hour and hour formats. There are also seven days in a week, just in case you are in pre-school (and what are you doing on the evil perverted internet anyway??) 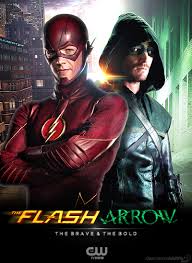 Count with me, Curmudgeonites — ‘Arrow’, ‘Flash’, ‘Gotham’,  ‘Daredevil’, ‘Agents of S.H.I.E.L.D.’, ‘Agent Carter’, ‘Powers’… I will even throw in ‘Smallville’, just in case the syndicated episodes are popping up on WGN. 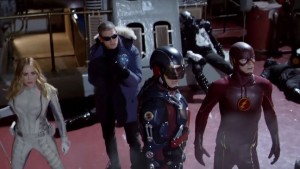 Now, look to the announced additions for next season — ‘Supergirl’, ‘AKA Jessica Jones’, ‘Legends of Tomorrow’ (I hope Rory does better than Amelia in prime-time), and ‘Lucifer’..whatever the hell that is.

Hah! See what I did there?

Next season, super hero-based television programming will make up a little bit more than 2.5% of the TV available to you. A tenth of what Westerns were at the genre’s peak. 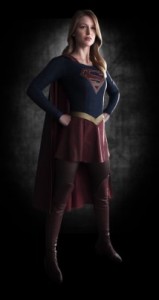 So relax. Take a breath.

And let the debate begin.