I’m reading a lot of Internet chatter criticizing the choice of Tom Holland to play Spider-Man in upcoming Marvel movies, calling him too young and inexperienced. I must disagree. True, he does not have a long resume of appearances but he was remarkable in the movie “The Impossible”, an amazing movie that had such low box office receipts the entire audience could have driven to the show in one mid-sized SUV. 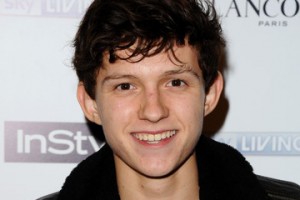 I don’t object to your…his experience. I just grow concerned with Hollywood’s penchant for New, New, New! Fresh Faces. Pretty soon producers will be sitting in on expectant mothers ultrasounds, pointing at the screens and saying “I’m gonna make you a Star, baby!

Hey, me and Jughead wanted to know if you’d meet us down at Pop’s Choklit Shop after the Pep Rally? Betty and Veronica might be there! But don’t say anything to that rat-fink Reggie! 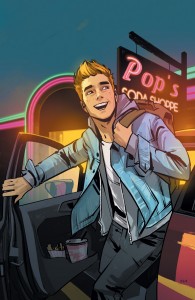 Arch, my buddy, my amigo, my bro-heim! Aren’t you getting ready for a big image change? I’ve seen your new look on the 150 variant covers being offered for you July revamp roll-out! You look very sharp! Somebody re-styled your hair to get rid of the tic-tac-toe boards on the sides of your head! Very Ed Sheeran. Climbing out of a boss ride! You got your guitar slung on your back (No more sweater vests. Nice!) Congratulations, Dude! You finally made it:

You’re one of the Cool Kids!

So, you are going to have to make some lifestyle changes to fit the new social status.

Gonna have to jettison Jughead. You are never going to maintain your uber-cool standing with a dorky-looking pal who wears one of those Burger King crowns 24-7!

Pop’s Choklit Shop? Are you kidding me? You don’t want to be caught dead at that place. You need to hang with the It Crowd at the Vapor Bar.

Veronica, maybe. Her old man is loaded and can probably pull mucho strings to get you some cushy internship somewhere. But Betty? Puh-leeze, dude. She listens to Taylor Swift!

Out of the whole bunch, the only one you should be hanging out with is Reggie. The new you and he should be besties.

What??? No more Clark Kent? He’s just…gone? Is this for real? 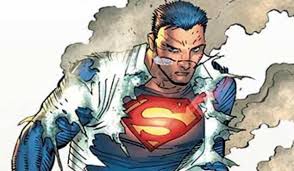 I have to assume it’s real, Bibster. I’ll prove it to you. Here’s a piece from his obituary in the Daily Planet:

Mr. Kent is preceded in death by his mother and his father (when he’s not an interactive hologram of Russell Crowe), his adopted parents (in some realities), his cousin (before Crisis on Infinite Earths was reversed recently), his dog, George Reeves and himself (Thanks a lot, Doomsday)

He enjoyed broom closets and phone booths, brisk walks across the North Pole and lying to his closest friends about needing to wear glasses. He also enjoyed ripping his clothes off in alleyways… fortunately, no charges ever stuck.

He is survived by his former wife, reporter Lois Lane, who made this statement “Maybe you out to fly around the planet backwards and turn back time to a point where you didn’t dump me for some Paradise Island tramp!!”

In lieu of flowers, you are asked to donate to Lexcorp

This Is Your One-Stop Resolution Shop