“Dear Doc Curmudgeon”  is a column by Clint McElroy, made up of completely fabricated responses to mostly fabricated questions, but you knew that, due to your discerning nature and brilliant mind, which would never fall for a columnist trying to butter you up…unless you’re into that. 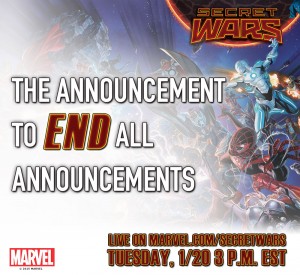 I’m not going to lie. My feelings are a little hurt. Here Marvel is getting ready to announce the big Secret Wars event on January 20th, but nobody has invited me. I guess three decades can make people forget, huh?

Oh, hey, Jimbo. Sorry. I got distracted by this TV commercial. Have you seen it?

Hi. I’m actor Rob Lowe and I have Direct TV.

And I’m forgotten comic book character The Beyonder and I have cable.

I was a young hotshot Hollywood hunk who came to fame with appearances in great movies like “St. Elmo’s Fire” and “The Outsiders”.

And I was an omnipotent celestial being with the power to alter and re-shape reality.

I used my acting talent and sense of humor to poke fun at myself with bad guy roles in movies like “Tommy Boy” and the Austin Powers movies.

And I made super-heroes fight each other. 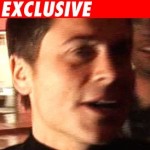 I was involved in a scandal in 1988 when I made a sex tape with a couple of women the night before the Democratic National Convention in Atlanta, where I was going to campaign for Michael Dukakis..who eventually lost.

And I reside simultaneously in all the realities of the Multi-Verse which means I have like a jillion Twitter handles and my Tivo is a gigantic hot mess.

I revitalized my career with an award-winning stint on “The West Wing” as Sam Seaborn, earning an Emmy nomination and two Golden Globe nominations.

And I look like Paul Stanley if he over-bleached his KISS costume.

I am constantly confused with Tom Cruise.

And I am easily replaced by Skrulls, apparently.

My main purpose in life is to sell satellite dishes.

And mine was to sell crappy action figures that didn’t even bend at the elbows or knees.

I wrapped up a great run on “Parks and Rec” and once again find myself beloved by the American public with very promising things in my future.

And I just hope Marvel brings me back for the new Secret Wars event they are announcing on January 20th. Guest shot? Cameo?