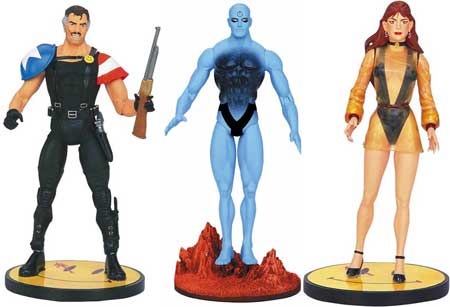 There has been a lot of press coverage about creator rights in the light of DC’s upcoming Before Watchmen and the new Avengers movie. Important topics, but to what extent should it affect the average reader?

I’m offering three articles that capture the furor of the topics and I’m going to present some quotes from each. First up is David Brothers from The 4th Letter.

I don’t know how to put it any plainer. DC Comics is screwing Alan Moore right here in front of us, and the best Newsarama has to offer is that it’s a “so-called ‘controversy’”? One, it is a controversy, and two, you don’t just not talk about the controversy because the books are going to come out anyway. What kind of fatalist, ridiculous garbage is that? I mean, gosh, you don’t tell somebody with cancer, “Look, we both know you got some cancers up in there, so why don’t we talk about the weather, instead?”

And no. You don’t do that. You talk about the cancer, you treat the cancer, you tear it out and stamp on it until it’s gone. Until it’s a memory of a time when Marvel could tell Jack Kirby to give up any rights he was owed, when Marvel could promise Frank Miller that Elektra was going to stay dead and then bring her back anyway, when Ditko disappeared from mainstream comics, when Moore & Gibbons were cheated out of what they’re owed, and when editors used creators like chess pieces because they were eager to get the books out on time, instead of like people who they thought could do a great job.

It’s 2012. A lot of things have changed since Siegel & Shuster got their raw deal. But not enough has changed, clearly, if we’re still having this same old stupid conversation.

Next up is Heidi MacDonald from The Beat.

And in our own reality Alan Moore’s books have been turned into FIVE movies, become “canon,” influenced countless other creators, and continue to sell and sell and sell. Besides Watchmen, LoeG, V for Vendetta and The Killing Joke are best sellers for DC year after year after year. Those new editions of his Swamp Thing issues are selling just fine. And will continue to sell and be read and move people.

As we are all well aware, there is a certain equation that dictates diminishing returns for the crankiness vs usefulness ratio. Hollywood provides the clearest examples of this. For instance, screenwriter Joe Ezsterhas was known to be difficult, but people worked with him because his movies made money. At some point his movies didn’t make as much money, and being difficult was the biggest thing anyone could remember about him. And he wasn’t all THAT difficult…just someone who spoke his mind.

I know of several novelists I won’t name who are known to be difficult nutters. But their books keep getting published. By the same publishers. Because these nutters make money for those publishers.

So, you adjust. A happy Alan Moore would have made more money for DC than an unhappy one. (The unhappy one has made a ton.) Think about the value of a happy Jim Lee, a happy Geoff Johns, a happy JMS. JMS was happy at Marvel…until he was unhappy. And SUPERMAN EARTH ONE made a lot of money for DC.

Is there anything you can point to that DC could change that would make you feel comfortable working for them again?

There is, actually, and it was suggested not to me, but in a public forum, I think on Heidi MacDonald’s ComicsBeat.com, by Kurt Busiek. Kurt is tireless in wading into enraged inflamed conversations online and being a voice of reason. But what Kurt suggested was that if Marvel and DC both were to retroactively grandfather their current work-for-hire creator-equity deals— For example, now if you work for DC and you create a character that appears in one of their books, and then years down the line it’s an action figure or it appears in a movie or appears in a TV show or gets republished or whatever the case may be, the person that created that character gets a check. So what Kurt suggested was if DC and Marvel were to grandfather their current equity deals back to 1938 that they would obviate the need for the lawsuits that many of the creators and their estates continue to bring and that also they would have a public relations bonanza on their hands because they would be able to show how they were taking care of the people that made these characters that people cherish now. In much the same way that Time Warner settled with Siegel and Shuster in the ’70s so they could trot them out for the premiere of the Superman movie. How great would it be if Time Warner could point to how they were helping pay for Tony DeZuniga’s hospital bills while they were promoting the Jonah Hex film, or whatever the case may be. I think if they took better care of the people who created the characters that other hands now service, that would do a great deal to engender fonder feelings on my part.

One other thing I would add is that if DC and Marvel did retroactively grant the creator-equity deals to their former creators, we wouldn’t need a Hero Initiative now, because those guys would be getting money. It would reduce the profits a miniscule amount for the larger corporations, but it would take care of entire generations of now dying old men and women who have gone on to see their creations continue to generate revenue they or their children don’t have any part of.

Please take the time to read all three in full. As a whole there’s a clear point to be made: creators should be compensated for their work in a meaningful manner. And by compensation I don’t mean a cheque (that’s right we’re Canadian and know how to spell cheque) but acknowledgement that something is wrong with the system and it needs to be changed. But can the average reader make that change happen? Would you be willing to pay fifty cents more per issue so the Kirby estate could be compensated for Jack’s work? Or a dollar extra on trade paperbacks so Tony DeZuniga and the entire crew of old comic creators could have medical coverage?

Allow me to draw a parallel to my other interest: food. There’s a lot of talk about humanely raised free range chicken versus mass-produced chicken. Mass-produced chickens are usually one breed that grows exceptionally large breasts, are raised in a space that they can’t move around in, and in reality are “produced” to give the consumer and supermarket what they want: $4 a pound boneless chicken breasts. Contrast that with the free range chicken who runs around a good sized space eating food without growth hormones but still ending up on our plates, expect those cost about $12 a pound for the same boneless breast. Knowing that what percentage are buying the free range chickens? Two percent? Maybe five percent? We all know what would be best for the chicken but does the bulk of the population actually care about anything but the bottom line, chicken on their plate at a reasonable cost?

Ultimately for both cases we as the consumer hold the power with our buying dollar. If everyone only bought free range chicken the price would drop to something lower and that trend would make the mass-producers to adopt different methods. If we all boycotted the Avengers movie and Before Watchmen we’d show Marvel and DC we don’t like the way they’re doing business. But neither works unless everyone gets involved. 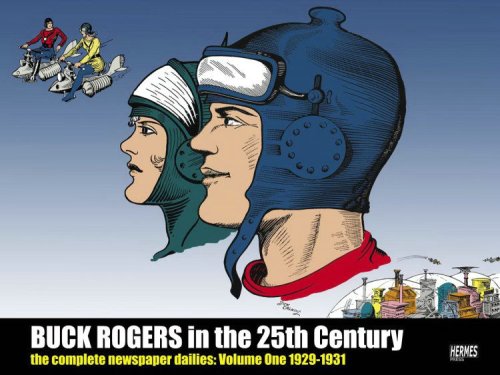 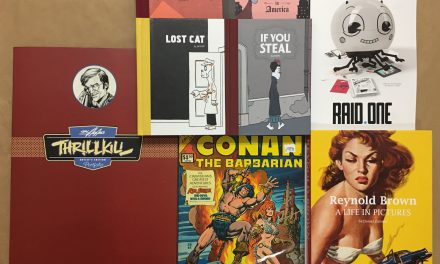 Writing For The Trade