I picked up the Green Lantern Omnibus Volume 1 this weekend at a discount bookstore.  I was shocked a just shipped item could be discounted more than 50% its first week but that’s another story.  Anyway I checked the printed price on the back of the book: $75 U.S. and $88 Canadian.  Say what?  For some reason DC feels the U.S. dollar is worth $1.175 Canadian.

Here’s a nice chart of the Canadian dollar for 2010: as you can see the worst it’s been was in February at $1.056.  Looking back to find a rate close to what DC is using took us to June 2009.  Hmm, is DC privy to something about the Canadian economy the rest of us aren’t?  Is Madame Xanadu using “voodoo economics” to determine the printed price on DC books? 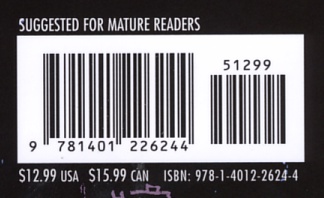 For a long time Canadian retailers were in support or at least quietly ignored the fact that printed exchange rates were ridiculously high: the extra money contributed to their profit.  You see, most comic books are purchased through Diamond Comic Distributors whose inventory and ordering is all in U.S. dollars.  Canadian retailers get a total in U.S. and then Diamond converts that into Canadian; they like to add a few points for their trouble.

This came to a head in 2009 because DC and Marvel decided to have the same U.S. and Canadian cover price.  Since Diamond was adding a few points on the orders Canadian retailers were now losing money on the exchange rate.  The big publishers then decided to remove the Canadian printed price all together and leave it up to the retailer to determine price: the local comic shops I visit decided 10% was going to be their markup with a round-up to the next dollar, giving themselves a little extra profit.  Now a Canadian price is appearing on DC and Marvel material again; pretty much every other publisher just has a U.S. price.

Don’t think it’s only brick and mortar stores.  Amazon.ca and Chapters.ca use vastly different exchange rates when left to their devices.  Let’s use Torpedo Volume 2 from IDW as an example: it’s $24.99 U.S. cover price, with Amazon.ca listing it as $31.99 Canadian and Chapters.ca as $26.50 Canadian.  They both apply a discount but that’s their cover or list price.  Amazon must use the same magic eight ball as DC while Chapters is using an actual exchange rate: shocking.  The same pricing applies to Adele Blanc-Sec Volume 1 from Fantagraphics, with the same exchange rates.  Book Depository lists them as $25.24 Canadian.  Hmm: a British retailer selling to Canadians has the most accurate exchange rate.

I’m giving retailers a hard time with their liberal views on exchange rates but most comic shops offer a discount to subscribers, keep shelves well stocked and provide customer service: all that costs money.  I’m officially off topic, but it’s good to question store pricing and exchange rates: keeps everyone honest.  If you don’t like how the store handles it shop elsewhere; speak with your money.

Marvel and DC take note: don’t put a Canadian price on your trade paperbacks and hardcovers.  You’re not good at the basic math required to calculate the exchange rate so leave it for the Canadian retailers.