This one has been brewing for a long time but over the holidays my ire was raised considerably as I tried to organize my library.  Why, pray tell, does Marvel believe they need to have variant dust jackets for hardcover books? 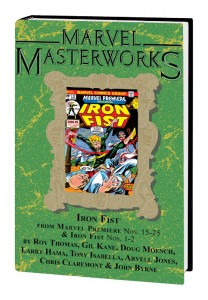 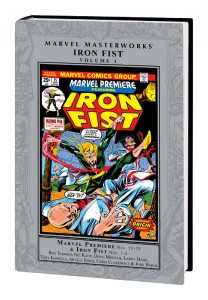 Let’s take a step back and see where this debacle began.  Marvel Masterworks was launched with these great dust jackets that were part of the Marvel 25th anniversary event.  They looked great and lasted for a while until someone decided they needed to redesign the entire Marvel hardcover look.  Masterworks lost the fancy dust jacket design and consecutive numbering for a dull gray and black dust jacket with numbering only related to the content.  This lasted for a few books and enough people were angry about it that Marvel offered the original dust jacket design as a variant, for a $5 premium.  Eventually the premium was removed but the variant continues, available only through the direct market a.k.a. comic book stores. 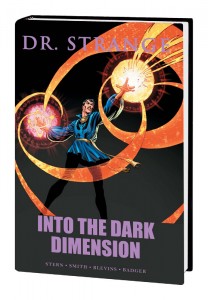 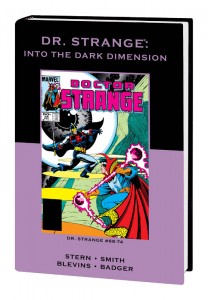 Fast forward and Marvel launches the Premiere Hardcover line reprinting stories from the 1980s, an era that Masterworks probably won’t reach for some time, if ever.  Marvel decides to launch a variant direct market dust jacket that maintains a consistent theme with consecutive numbering.  Hmm, sounds familiar: poor man’s Masterworks.  I’m guessing these newer works don’t need restoration and Marvel may still have the printer’s proofs.  This time around the standard dust jackets are visually exciting and well designed with the variant being a bit plain: the reverse of the Masterworks.

Both lines carry the print run on the back cover.  It was generally understood that since it seems to vary with every volume it was the printed to initial orders, but every time Marvel runs a clearance sale through Diamond I see lots of these Premiere Hardcover variants in the list so who knows where they come up with the number.

I was organizing my library and trying to get books in order: I have Marvel Masterworks 1-100 and then some random ones after that which I have bought with the variant dust jacket.  My collection of Marvel Premiere hardcovers are both styles, whatever was on deep discount at the time.  Contrast that to the very uniform and visual DC series such as DC Archives or the Jack Kirby line and it just feels like a cash grab on Marvel’s part.  I know multiple covers is a part of comics today but only a small percentage of collectors buy more than one and these books are $25-60.  Sometimes more choice isn’t always better.

On a completely different topic I’d like to congratulate Marvel for releasing their March 2011 solicitations without that annoying red Marvel.com line across the cover artwork.  Here’s their best cover art: it needs to be seen full size so give it a click. 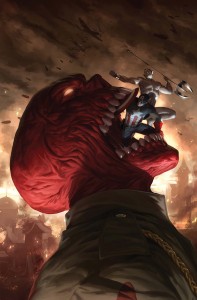