I was perusing upcoming book solicitations and marked a few titles I would be picking up. As always this site and my contributions came to mind, and while I have a stack of recently read books I don’t plan on reviewing any of them because they’re subsequent volumes of newspaper strips. And so the post’s title formed in my mind. 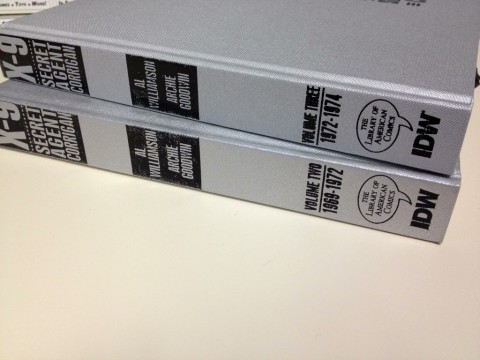 There’s a clear line splitting collected comic books: mainstream comics and comic strips. But even then the decision is very straightforward when the creative team is the same, and that’s the big differentiator today. Saga volume 1 came out a while ago and it’s stellar. Volume 2 is shipping soon, with the same creative team. If you bought volume 2 wouldn’t you automatically buy volume 2? It’s the same creative team so you know what the book will be from a story and art standard, basically more of the same.

I pick up the first volume of most things based on art previews, reviews and knowledge of the creative team. It’s a bit of a risk since you don’t really know what you’re getting. But after that it’s a sure thing. My issue arises from picking up a first volume, waiting forever to get around to reading it and then having trouble tracking down later volumes. I had Rip Kirby Volume 1 for about two years, read and enjoyed it, then couldn’t get volumes 2 and 3 anywhere. I did track them down for full cover at a bookstore eventually, but it was a pain. I like to preorder whenever I can, either to help support my local comic shop or get the best price from Amazon. If you can pay less than cover why wouldn’t you?

A long series could be a cause for eventually dropping off. I saw Annie volume 9 solicited and wondered if readers can hang around for that much of the same thing, but the same is true for any long running series. I’m anxiously awaiting Prince Valiant volume 7 from Fantagraphics: the story and characters develop enough to keep me interested.

I have been finding that Marvel and DC collected editions are tough to swallow the last few years. If I look at a book collecting five or six issues of a serialized comic and see two or more creative teams I won’t pick it up. How can you switch artists or writers with that kind of frequency and expect any cohesion for the book as a stand alone volume. So far Batman and Daredevil seem to be able to release collected editions with a consistent creative team, but that’s a drop in the bucket and even then Daredevil has had a few artist changes the last year or so.