First off… I am not a fan of Harry Potter.  I don’t read the books.  I’ve never watched one of the movies.  I am not even sure what the heck a “muggle” was until I had to have someone explain it to me.

So why is this column about “muggles”?

Hopefully I can make some sort of sense out of it.

By definition a muggle is a person who lacks any sort of magical ability and was not born into the magical world.

What does this have to do with comics books and geek culture?  Well a lot really.  Muggle has become an adopted term to describe people who are different than us in the “geek world”.  We are geeks.  Those who aren’t, are muggles. 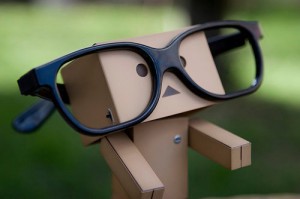 We have dealings with muggles almost every day.  They could be your friends.  Co-workers.  Complete strangers.  Heck… they could even be your family members.  Some can be accepting of the fact that you “let your geek flag fly”.  Some may look at you with a “Spockian” eye brow raised (but to them since they are muggles… they just have their eyebrow raised).  So it is up to us to figure out how to deal with them correctly.

Always be proud of who you are.  Don’t let a muggle get you down.  There will be some who make fun of you for wearing a geeky t-shirt.  Or you collect action figures and read comics.  They may even snicker at the fact you wear an “adult sized Superman watch” (true story).  But never let it get to you.  Who cares what they think!  Everybody has an interest and hobby in life, and just because yours includes superheroes and video games, don’t let it bother you.

Geek and muggle encounters are becoming more and more prevalent with the increased amount of Cons, Expos and Toy Shows.  Many times a comic convention can be booked into the same facility as another convention or event.  This happened to me a few times this year.

At the GTA Con and Burlington Toy Show, the convention centers were booked by 2 events.  GTA Con shared the facility with a wedding.  BTS shared the building with a Baby Shower.  There were muggles and geeks everywhere.  And sometimes it was inevitable we had to share the same “real estate” inside the facility.  I was geared up as Captain America at both events and it was amusing to see these people showing up at an event – all dressed to the nines – and seeing some guy walking around with a shield strapped to his back.  They would look at me funny, or do a double-take.  Some would give me the thumbs up. 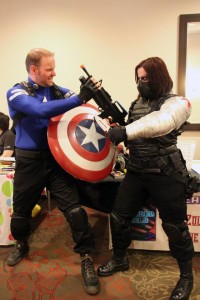 The best was when a little old lady came up to me, and grabbed my arm and said “Are you Captain America?”  I replied yes.  Then she looked over at her friend and said “see… I got that one right!”

So it just goes to show, that not every muggle is totally ignorant of geek culture.  They just need a little encouragement.

Not everyone will have these problems, but there could be some of you reading this who do and I just want you to know that we have your back!

Be proud of who you are, and GEEK ON!