[Just a warning, there may be spoilers ahead] 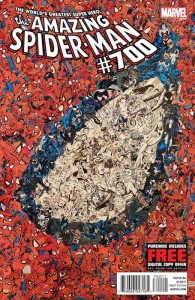 Spider-Man is one of Marvel Comics most beloved characters.  The character has been around for 50 years.  That’s longer than some of your parents have been alive.

Another beloved Marvel character is Peter Parker, Spider-Man’s alter ego.  From the very beginning, Peter has shown us that a normal kid can become a hero.  He has also lived his life by the credo, that with great power, there must also come great responsibility.  That is a very noble way to live your life, especially when comics are filled with characters who are filled with hate and vengeance.  Peter Parker has always done the right thing.

So we have a character, who has always tried to do the right thing.  He has shown us responsibility.  He has always tried to take care of his family, while at the same time he has protected the innocent.  Sometimes he doesn’t have the best luck, but Peter Parker has a great heart.  He sounds like a great person, right?

Peter Parker also exists in two worlds in the Marvel Universe.  In one world we have the original that was created by Stan Lee in 1962.  In the other universe, the Ultimate one, we have Peter Parker who was shaped and molded by writer Brian Michael Bendis (and is based on Stan Lee’s original).  And now in 2013, both of those character’s are dead. 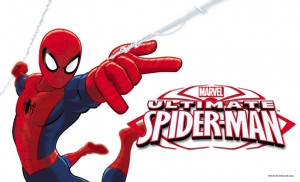 Ultimate Spider-Man/Peter Parker was killed in 2011 during the “Death of Spider-Man” story arc.  He was killed during a battle with Norman Osborn, the Green Goblin.  Spider-Man still exists in the Ultimate Universe.  Now the mantle of the Spider has been taken by Miles Morales.

The original Peter Parker, the one that has been around for 50 years, was recently killed in Amazing Spider-Man #700.  In between issue #697 and #698, Dr. Octopus was able to transfer the minds of Peter Parker and himself, into each other’s bodies.  Essentially Peter Parker became Doctor Octopus, and Doctor Octopus became Peter Parker.  Doctor Octopus’ body had been failing since issue #600, and his body finally died in issue #700 taking Peter Parker with it.  We still have Peter Parker, but with Otto Octavius’ mind controlling it, it isn’t the same character.

So this all leads to my question, why does Marvel Comics hate Peter Parker?

They like Spider-Man.  It isn’t Spider-Man that is killed.  Spider-Man has been replaced by Miles Morales in the Ultimate Universe and “Otto Octavius” in the 616 Universe (regular series).  But both series have seen Peter Parker killed off within 2 years of each other. 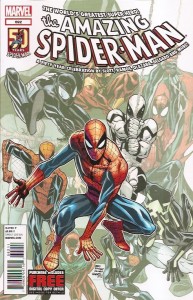 I can see why the Ultimate version was killed off.  He was created later, and the Ultimate universe does differ from the regular universe.  There have been a lot of changes there that have been accepted by readers, that may not have gone over well within the original continuity.  One example is the change with Nick Fury.  Now we accept that Nick Fury is Samuel L. Jackson (and not David Hasselhoff).  If we can embrace a change of race for Nick Fury, then we can accept a change of Spider-Man to be someone else other than Peter Parker.

But I still can’t think of a reason to kill off Peter Parker in the regular Marvel Universe.  Other than shake things up for a bit.

In the 90’s the Superman comic was getting stale.  Sales were not good.  Then the unthinkable happened.  Superman was killed by Doomsday.  It was one of the biggest things to happen to comics back in the 90’s.  People were outraged.  The Death of Superman comic sold like “pancakes”.  Eventually Superman returned, and the stories that followed were interesting.  I became a regular reader.

I’m not saying Spider-Man is getting stale.  That is far from the truth.  I think Dan Slott has done more for the character during his tenure than a lot of writers before him.  I always felt that Spider-Man returned to the status-quo after every story arc.  Dan Slott has introduced new ideas and new characters into the Spidey universe, and those changes have been for the better.  But how many of you out there buy Spider-Man on a regular basis?

Several issues from #692 and on are being reprinted now a 2nd or 3rd time, but what about the story arc before that?  I think the story leading up to the death of Peter Parker are getting people interested in Spider-Man again.  I know I am.

Superior Spider-Man #1 was just released this week.  You need to buy this comic.  The last page will make you stand up and cheer if you are a Spider-Man fan.  There are also a couple of hints I’ve seen in ASM #700 and Avenging Spider-Man #15.1 that I think it is only a matter of time before we see the Peter Parker we all know and love, back in his body.  I think it will be 18 issues (or a year and a half) and everything will be back to normal.

Now it’s your turn to have your say.  What do you think about what’s happened to our friendly neighbourhood Peter Parker?  The comment section is below.