The last couple weeks have been sort of negative for me.

First off we had the news that G.I. Joe Retaliation is being pushed back until March 2013, for the addition of 3D and more scenes with Channing Tatum.

Secondly, I have all my new G.I. Joe Retaliation figures, that look awesome in the packaging, but some were very disappointing when they came out of their plastic prison.

This has all lead to me having the hum-drums when it comes to comic book stuff over the last couple of weeks. 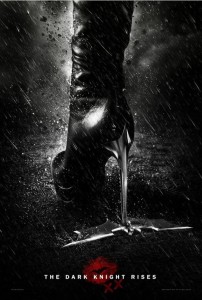 I told them I have no interest is seeing Dark Knight Rises (DKR) (I will see it, I have to.  But I am not counting the days until its release).  My desire is even less for Amazing Spider-Man (ASM).

They asked why I feel that way.  I then went on a huge rant.  I told them I am not excited for DKR because it is the final film in the series, and I’d rather see what will come next for Batman.  I don’t like Bane as the villain; it should’ve been Penquin.

I went on about ASM.  I said I didn’t want to see “The Dark Arach-Knight Returns”.  Spider-Man shouldn’t be a dark movie.  I want to take my kids to see it.  I also went on about we don’t need another reboot for Spider-Man.  He’s been around for 50 years.  If you don’t know his origin story, let me sum it up for you.  Spider-Man does what ever a spider can.  Spins a web any size, catches thieves just like flies.  Is he strong? Listen bud, he’s got radioactive blood. 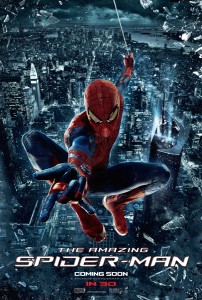 There that’s all you need to know about Spider-Man.  Now you can go see the movie if you don’t know who he is.

My friend who wanted to see ASM then said “But we get to see his parents in this one.”

I responded with “Who cares?”

Now these friends are not regular comic book readers.  I don’t know if they’ve read a comic book since they were kids.  But they’ve seen all the comic book movies.  So I then asked my friends why did they want to see DKR and ASM.

Their answers were surprisingly simple. One wants to see The Dark Knight Rises because “Anne Hathaway is dressed up at Catwoman”.  The other wants to see Amazing Spider-Man “because it looks cool.”

Simple and to the point.

Catwoman is hot.  Spider-Man is cool. 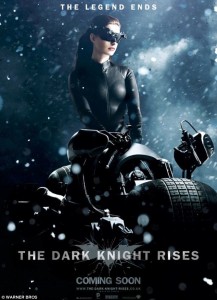 That is when I realized I have to lighten up.

The comic book movies aren’t being made for guys like me.  It’s a given I’m going to see the movies in a theatre.  I’m at the comic book shop every week, so they know I’m going to spend my hard-earned money on the movie.  The fan they are trying to attract is the regular person.  They want the people who will never spend a dime on a comic in their life.  They’ll make the movie to attract that person.  A movie that is accessible to everybody.  Not just targeted to the die-hard fan who will complain about Spider-Man’s new costume because there are treads on the soles of his feet. 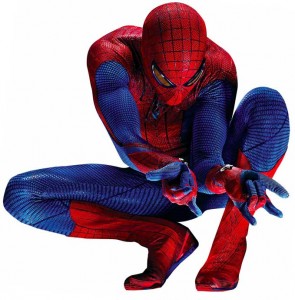 As much as I complain about DKR and ASM, I know they are going to be successful.  They may not make Avengers money.  But they’ll do well.

I will take my own advice.  I’m going to lighten up.  Go into the movie without any preconceived notions.   Get some popcorn, and enjoy myself.

If they suck I’ll rant about it here later.