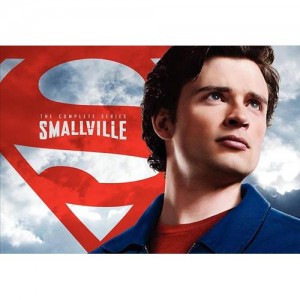 A couple of weeks ago, the 10th and final season of Smallville came out on Blu-Ray and DVD.  At that time I wrote about its release.  I’ve spent every available minute watching Smallville since then.  Season 10 is by far one of the best seasons of Smallville.

Season 10 gives us everything we’ve been waiting for Smallville since its inception in 2001.  Since it was announced that this would be the final season of the show, the vision for the season is very clear.  As fans, we know exactly how we want the series to end, and the producer’s don’t disappoint us, but I shouldn’t get ahead of myself.

Season 10 begins with Lois Lane finding out Clark Kent’s secret (but she doesn’t tell him yet).  Eventually Clark tells Lois everything about himself.  His origin.  His powers.  Everything.  This is a breakthrough for the show, since some of the themes of the show, since the beginning, have been trust and secrecy.  Clark has had to keep his secret from his friends, while also trying to convince those people to trust him.  Now that his secret is out and he has a close group of friends he can trust, the show moves along at a good pace without feeling stale. 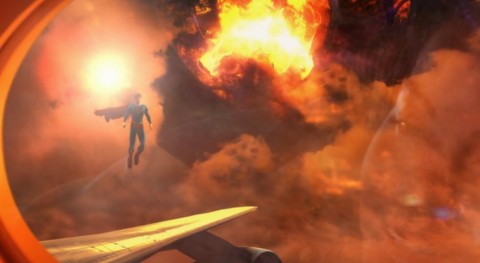 The villain for season 10 is Darkseid.  In past Smallville seasons we have seen a revolving cast of “meteor freaks” and psychopaths as Clark’s antagonists.  With this season, we know who the villain is and each episode’s bad guy is connected to Darkseid somehow.  The show unfolds as one long story arc, with each episode connected.  For me, it sucked me right in and I couldn’t wait to watch the next episode.

Season 10 was also a reunion of sorts for former cast members.  In season 10 we got to see the return of Brainiac, Jonathan Kent, “Bug-boy”, Lionel Luthor and Lex Luthor, to name a few.  The only two characters to not return for the final season are Pete Ross and Lana Lang (although they were shown in flashbacks).  There was also another very important Superman cameo as well.  There was an episode where Lois finds a message from her late mother.  Her mother was portrayed by Teri Hatcher, who you all know played Lois Lane in the 90’s TV series Lois and Clark.  Smallville has featured cameos by most of the major Superman shows/movies actors.  As you may remember we’ve seen Christopher Reeve, Margot Kidder, Marc McClure, Dean Cain and now Teri Hatcher.  I had hoped they were able to convince Gene Hackman to come out of retirement for a cameo in the series.  I would’ve been a very happy guy if that could’ve happened.

The finale had some great moments in it.  We see Lex Luthor return from the dead (of sorts).  Lois and Clark head down the wedding aisle (even with both having cold feet before the ceremony).  Clark fights Darkseid and figures out how to fly.  But the most memorable moment in the finale is when we finally get to see Clark wear the Superman suit, breaking the series rule of “no flight, no tights”.  Clark Kent finally becomes the hero the world needs, changing heroes from back alley vigilantes, to the heroes who can stand in the public eye and protect us.

My favourite scene by far in season 10 was the final scene in the last episode.  John Williams’ Superman March is playing while Clark is running along the roof of the Daily Planet, opening his shirt to reveal Superman’s S.  That is the finale that we needed for this long running series. 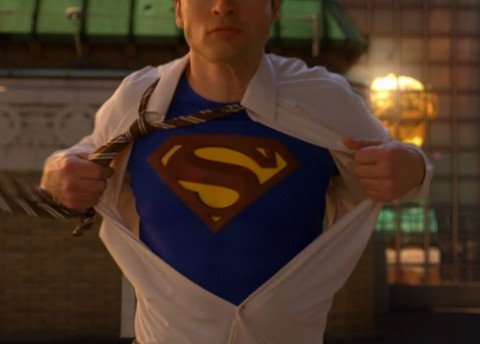 I have been a dedicated fan to Smallville since the premiere on the WB Network back in 2001.  I have faithfully purchased every single season on DVD, and now own the complete series.  Reflecting back on the series, some of the episodes that felt stale or stalled make sense now.  The series was working to this one point.  If it progressed too fast we would’ve lost some great moments over the last couple of years.  I am glad that Smallville was able to have the proper finale, and not be cancelled with many issues unresolved.

It is sad to see Smallville end.  It’s been a constant fixture for a decade now.  And now that we’ve seen Clark become Superman, it would be nice to see Superman’s weekly adventures on television.  It is something we’ve waited a long time for.

So if you are like me, still craving to see Superman on the small screen, dust off those old copies of Smallville on DVD (or even Lois and Clark) and relive those great moments.  And in a year or so we’ll get to see Superman The Man of Steel on the big screen.