The new DC logo is not being received very well but this is not surprising considering this is the age of the internet and people don’t always react to change very well.

For all intents and purposes, a logo is a symbol or mark that represents a company, product or service. A corporate or visual identity is the consistent application of the mark, often through systems that involve typeface, colour and other visual elements. Branding is the impression that is made, in part by identity systems, language and all other forms of communication, including behaviour. All this is a way of humanizing a company, product or service because studies have shown that people tend to trust the things that they are familiar with, so by applying human attributes to a business, the idea is that the consumers will be loyal to a particular brand. As such, organizations, groups and even ideas are given an identity with a personality that will resonate with their respective audience. It’s all very much like getting to know someone on the first date. You want to say the right things, dress the right way and behave in the right manner. Once the right mix of signals is established, a connection can be made.

However, all this is not an easy task. A lot of it is subjective and difficult to quantify. Focus groups, research and stats help to narrow the field of ideas but it does not necessarily guarantee an outcome. As well, people who develop brands are part of a team who works with the marketing team on the client side. Everyone has an opinion, everyone wants to be heard because everyone thinks they are right. In the case of comic books, it’s even more complicated because each character is a brand, the publisher is a brand, the retail store is (or should be) a brand. Even the writers and artist who have followers is brand. With so many layers to one ultimate goal, which is to sell more books… what meaning does DC’s new logo have.

In a word; none. Some people will like it and some people will hate it making the whole exercise seem moot. So then, why would DC spend big bucks developing a new logo? These days, branding is often initiated by corporate restructuring. A new CEO will typically want to make their mark by signaling a change, resulting in someone like Marissa Mayer to spearhead the redrawing of Yahoo!’s new logo back in the summer of 2013. In the case of DC, it would appear that the publisher wants to draw attention to their upcoming “Rebirth” initiative. Considering their current logo signaled the launch of “The New 52’s” back in 2011, does this mean that DC plans to change their identity every time they reboot their universe? I certainly hope not because that’s what ad campaigns are for. A logo, identity or brand is much more fundamental. It requires time in order for it to be effective. DC may have a history of modifying their logos during the 1940’s but back then, their business identity was never really fleshed out or formalized. It wasn’t “designed” as so much as it simply responded to legal name changes. It wasn’t until 1976 that they had a modern crafted logo that was more than just an after thought, which lasted nearly 30 years. The subsequent “spin sports” logo lasted about 7 years and the current “peel” logo is getting the boot after just 5 years which is not a lot of time for an identity to be established. However, the good thing is that the complexity of the comic book brand landscape will work in DC’s favour in this particular case. People who read Superman, Batman and Wonder Woman most likely don’t care who the publisher is, let alone that their logo has changed, which is an argument that can work for and against introducing a new mark. It also raises more questions, like should the readers care about DC in the same way that many of us love Coke, Nike or Apple? Does it matter so long as the readers love and continue to read Superman, Batman and Wonder Woman? I would argue yes. As comic consumers, we want our stories, but the relationship could be that much stronger if we cared about who produced them. Differentiating from Marvel or Image is worthwhile but in a contracting market where print is becoming antiquated, admittedly, it’s a lot easier said than done. 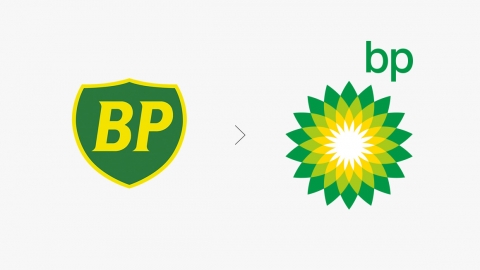 Landor help to change British Petroleum to “Beyond Petroleum”, presenting BP as green company that cared about the environment. Unfortunately, after the Deepwater Horizon oil spill and the irresponsible comments made by then CEO, Tony Hayward, this brand remains tarnished. Simply put, their behaviour was not consistent with the promise of being environmentally responsible.

The other thing I wanted to note was that the 1977 “bullet” logo was designed by Milton Glaser. In the world of design, Milton Glaser is huge. Seen as a father figure, he would be the equivalent to say… Frank Frazetta in comics. He is best know for his Bob Dylan poster and was quintessential to 1970’s design era. The 2011 “peel” logo was designed by Landor, who is the current preeminent branding experts. A small San Francisco company that has grown to international status with offices around the world. As part of the WPP conglomerate, their client list consists of the worlds biggest brands and their influence is everywhere. The new logo was designed by Pentagram which is also another epic company. As a whole, they are more diversified in capability as a result of being a consortium of smaller successful companies. Some of their partners such Alan Fletcher, Michael Bierut and Paula Scher are already being written up in history books. It’s very exciting for me to have my two biggest interests intersect and it’s pretty amazing that DC is bringing in such heavy weight designers. 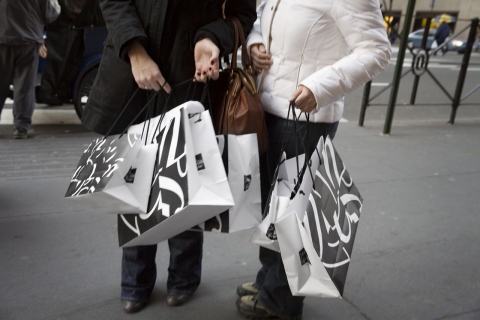 Saks Fifth Avenue branding program by Michael Bierut of Pentagram, New York. He takes the logo, cuts it up into tiles, which then can be reconfigured to create various patterns.

Personally, I never liked the “peel” logo it but I am disappointed that it didn’t get utilized to it’s full potential despite the initial promise and the incredible resources that Warner Brothers has. And like the “peel” logo, the new mark will eventually grow on people as they become accustomed to it. The new logo is much simpler and hearkens back to the more traditional circular form, which I think is a good thing. In a recent Instagram post, Jim Lee has tried to rationalize the design by stating:

“The nooks and angles are meant to evoke the Superman ‘S’, the Wonder Woman ‘WW’ emblem and the Bat logo.”

Maybe it does, but I wish it had a stronger message… one that DC could live up to. As it stands now, the whole exercise appears uneventful. Still, it’s a much simpler, graphic logo than the illustrative “peel” logo so the potential for this new mark to be used in exciting ways is there.

I leave you with some short videos by the late Hillman Curtis of Milton Glaser and the people of Pentagram. These films are artistic in themselves so I hope you enjoy them: