Honest Ed’s is local discount department store here in Toronto. They’ve been open since 1948 and over the years they’ve become an iconic symbol of our city. Sadly, they announced their closure in 2016. Aside from their long history, the remarkable thing about Honest Ed’s is not the goods that they carry but all their in store POP (point of purchase) signage, which are all hand rendered… even today! 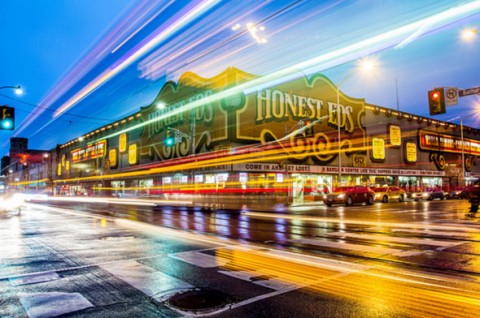 Earlier this year, they decided to sell their signs with proceeds being donated to charity. Hand lettering is fast becoming a lost art so I was delighted by the response. Some people waited up to 3 hours in a line that went around the block for an opportunity to pick up a small part of their history. You can read more about it here and here. 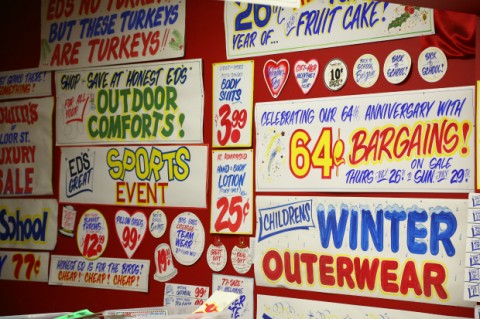 About 25+ years ago, and with the introduction of a high resolution laser printer from Apple, Adobe’s Postscript fonts started becoming widely adopted. Large and small typesetting house’s that served the advertising community had been made obsolete in a matter of a few years. Desktop publishing was born and crafts people, some with a career in typesetting spanning over 20+ were forced into retirement or had to find other work.

Soon there after, comic book letterer Richard Starkings, with partner John Roshell, started a company called Comicraft. Together, they created custom digital fonts for the comic industry. At one point, almost all comics used typefaces created by Comicraft. With an ever expanding library their fonts are still widely used and even sold at pro type foundry Font Shop. However, amongst more serious typographers, comic lettering is considered to be a novelty at best, which I find to be a little ironic considering many experimental fonts by celebrated designers Neville Brody, David Carson and Toronto’s own Paul Sych tend to resemble comic book lettering.

Being the old guy that I am, I’m tempted to state that digital lettering is not as good as hand lettering, which is the typical response to change. The tools are definitely different, however, I believe the sensibility has actually greatly improved. Comic book lettering is a big part of comics but it is also highly under appreciated, with all the glory split between story and art. Anyone who has tried to design their own typeface can appreciate the incredible effort that it takes to create a set of letters that is visually appealing, legible and chiseled so that each form is optically balanced.

However, I do miss the hand lettering of the pre-computer era. Without any formal rules, comics were a rich playground for experimentation. Wonky, mis-proportioned letters… often funky and rustic, added warmth to panels. Speech bubbles could easily be typeset with traditional roman lettering but the cold perfect letters can leave the reader feeling somewhat disconnected. There is a reason why digital comic book type resembles hand lettering. Not only does it compliment the art, but it’s expressive quality is simply more human. Perhaps you can argue that this is instilled or acquired but however it all developed, comics have a distinct visual language. 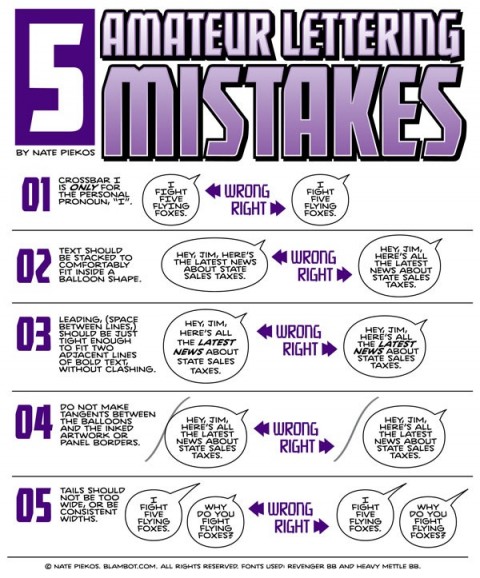 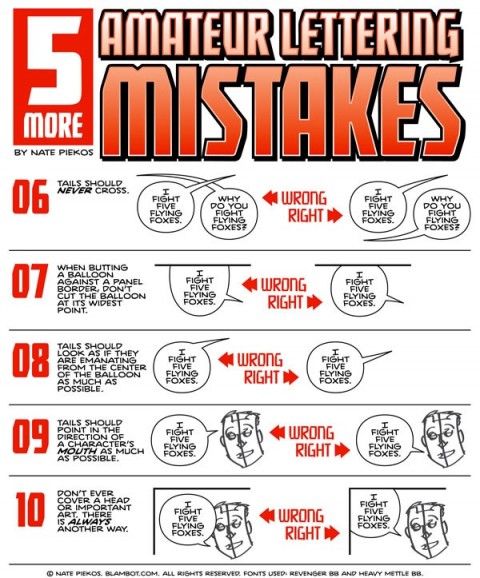 At its highest level, typography it is a specialized craft that deals with nuances so the topic of lettering may not go over very well at cocktail parties. Like the music in movies, comic book lettering is supposed to exist in the background so if you haven’t noticed it much, that probably means it’s working well. Admittedly, I don’t have the patience for it myself and as you can tell, I’m often torn between vintage handcrafted lettering versus the pursuit of optical perfection. 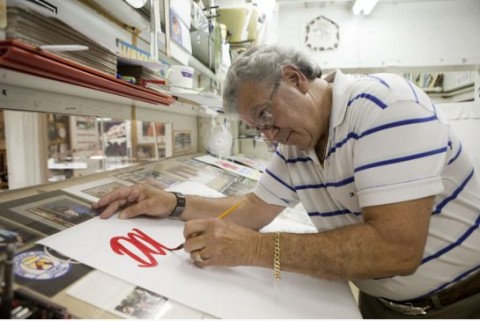 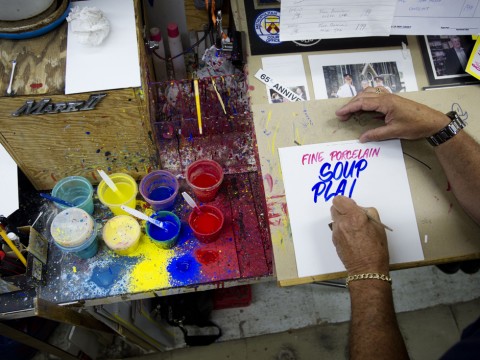 Hand lettering is another casualty of the digital age but I’m glad that the sign painters of Honest Ed’s got a small nod of recognition from the public for their craft. I can only hope to have as steady a hand when I’m a little older.