I mostly read printed comics. I’m not sure what it is. Comics look great on iPads and other glowing screens, but I don’t have one of those, and I think ink on paper is better anyway. That being said, I still find some pretty great comics on the web. I’d like to use this column space to tell you about a couple of them.

Face It by artist C.F. 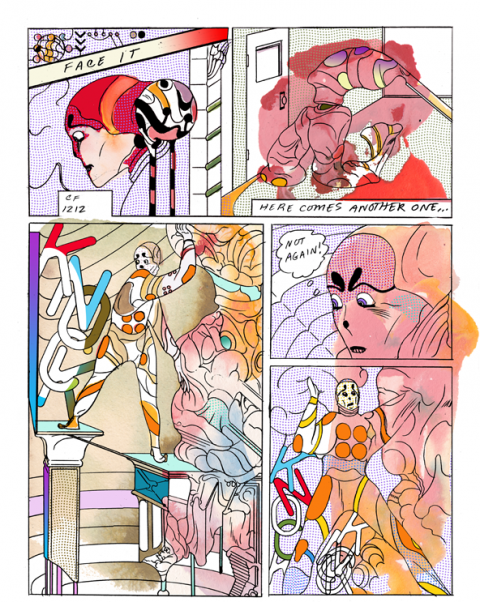 “Face It” is a short comic about anxiety. Anxiety is a hard thing to describe. Most people think it just means being worried. But for myself, and for many other people, it goes beyond worry, into the realm of existential dread and debilitating fear, often arriving uninvited and for no apparent reason. Tunnel vision is a great way to describe what it’s like to be in the throes of a so-called “panic attack.” This is a short piece and doesn’t say much, but it spoke to me.

Goddess by Ryan Ferrier with art by Hugo Petrus 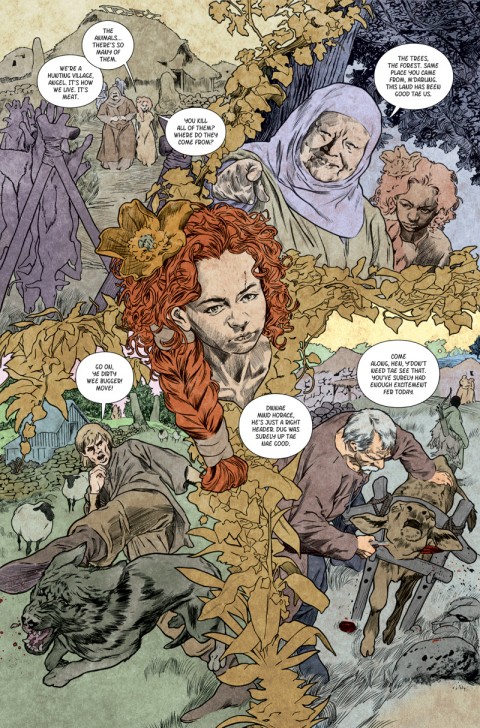 Challenger Comics is an odd, barely-defined imprint for independent comics. Their site hosts several free-to-read comics and sells PDFs and some printed editions. Goddess is short story based on a bit of Irish folklore, and although the tale is simple enough, the artwork from Petrus is stunning.

You Cross My Path by Jamie S. Rich with art by Jung Hu Lee 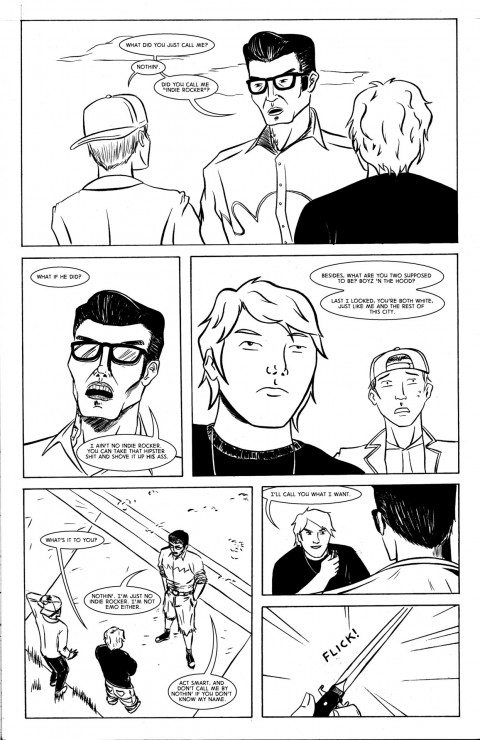 This is an unhappy little tale about Portland, Oregon’s darker side. It’s about the bogeyman who promises you something cool and then turns out to be evil. This isn’t a new story. It’s happened in fiction and real life more times than you can probably imagine. But there’s something so straightforward, so visceral and unassuming about Rich and Lee’s telling. It’s worth a look.

Shipwrecked with Dan the Gorilla by Simon Roy 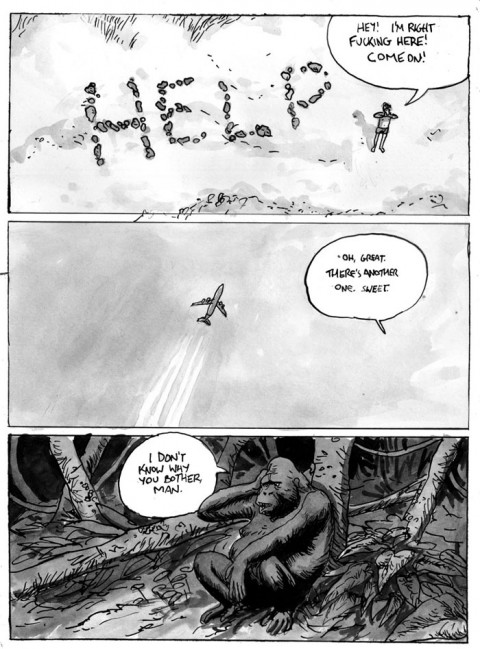 This is a story about a man and a talking gorilla who are stranded on an island together. They have some laughs, and then it’s over. It’s hard to really say more about it, other than that to emphasize that it’s by Simon Roy, whose work on the first arc of Brandon Graham’s Prophet reboot impressed me greatly. Be sure to check out all the great comics on Study Group while you’re at it. 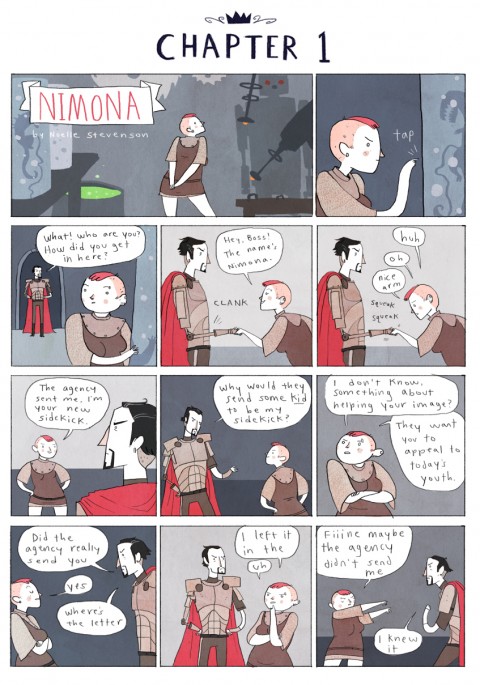 An ongoing webcomic about a girl that wants to be a really evil sidekick to a not-terribly-evil villain. Charming art and fun storytelling. Reminds me a lot of Hark! A Vagrant. Also best use of the phrase “Unhand that science!” in comics.

This was fun. There are a million others I’d like to share, but I fear that writing about more than 5 at a time will diminish all that are included.